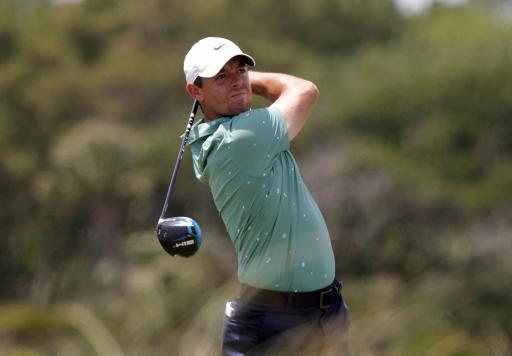 R&A chief Martin Slumbers is "optimistic" that 30,000 spectators will be able to attend each day of The Open at Royal St George's this July.

The daily capacity at Royal St George's in Kent is set at 40,000 but Slumbers believes operating at 75% is a possibility.

"The one thing I am clear about is we will play The Open at St George's," said Slumbers.

"Uncertainty is about what the environment we will operate in will be. We are optimistic for a significant attendance of up to 75% of capacity.

"While we would really like to provide certainty to everybody on how The Open will work, inevitably there remains great uncertainty.

"We've been working very closely with the UK government and Public Health [England] to understand what we can do and what we can't do.

"There are multiple plans and multiple options."

Despite the uncertainty in the number of spectators, it is anticipated that The Open will definitely operate somewhere between a 25 and 75% capacity.

"That shows you the uncertainty that we're having to work with," added Slumbers.

"The players will be in a bubble with officials and the championship staff and they will be kept separate and away from whatever crowds we're allowed to have."

The Open was the only major that was cancelled during the Tour's schedule last year.

Shane Lowry is the defending champion having won his maiden major at Royal Portrush in 2019.

NEXT PAGE: IS GARETH BALE SET TO RETIRE FROM FOOTBALL TO TURN HIS ATTENTIONS TO GOLF?!