Fresh reports from Spain indicate Bale is thrashing out a deal for a partial payout from Real Madrid so he can look to improve his golf game. 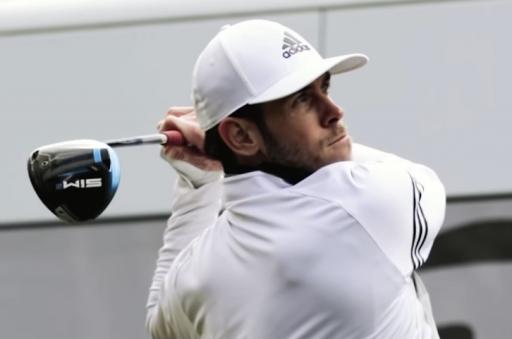 With Gareth Bale's loan spell at Tottenham Hotspur now up following the end of the Premier League season, fresh reports from Spanish outlet ABC indicate the Welshman is considering thrashing out a deal for a partial payout from Real Madrid so that he can turn his attentions to golf.

Bale, 31, returned to Spurs on a season-long deal and enjoyed a successful spell scoring 11 goals in 20 appearances, signing off in style with two goals in the closing minutes to seal a 4-2 victory for his side against Leicester City on Sunday.

In his post-match interview, Bale claimed there will "chaos" when he finally reveals what he will be doing after Euro 2020 this summer.

"It'll just have to be... it will have to happen after the Euros," Bale told Sky Sports. "I know what I'm doing, but it'll just cause chaos if I say anything."

He added: "I'm not thinking about anything other than Wales."

Spanish news channel ABC, however, believe they have inside information on Bale's decision - and they consider it will involve him asking Real Madrid for half of his £15 million salary as he looks to retire from football so that he can concentrate on his golf.

Whether or not the golf-mad Bale will look to take things up professionally remains another story, but we understand he is a 3-handicap player so that could certainly prove a possibility.

In a brief statement to talkSPORT on Wednesday morning, Bale's agent replied to the reports saying: “Sorry don’t speak about rubbish reporting.”

Bale's passion for golf is clear for all to see, especially after he built three of golf's most iconic par-3 holes in his backyard.

"I had a lovely bit of land here and it was something that I really wanted to do and I decided that I would love to make a dream come true and build a mini golf course in my house," said Bale.

He also signed a deal to play with TaylorMade Golf clubs earlier this year. Check out his latest golf social media post below:

Bale is currently on a whopping £600,000 a week contract at Real Madrid, but Tottenham Hotspur have made it no secret they wish to keep the Welsh wizard on their flank next season.

Real Madrid have reportedly given Spurs the option of extending Bale's stay for one more season, but much of that will now depend on Bale's decision as to whether or not he wants to even play football after Euro 2020.

Bale's initial move away from Real Madrid earlier this season was forced by a deteriorating relationship with manager Zinedine Zidane.

His relationship with Spanish media has also been a rocky one, especially after he once posed with a Welsh flag after a match that read: "Wales. Golf. Madrid. In that order."

NEXT PAGE: BROOKS KOEPKA IN NEW FEUD WITH BRYSON DECHAMBEAU FOLLOWING US PGA!