WATCH: Sergio Garcia tosses golf club at his caddie during The Open...

Garcia's frustrations boil over at Royal Portrush as he aggressively hurls his golf club at his caddie and brother... 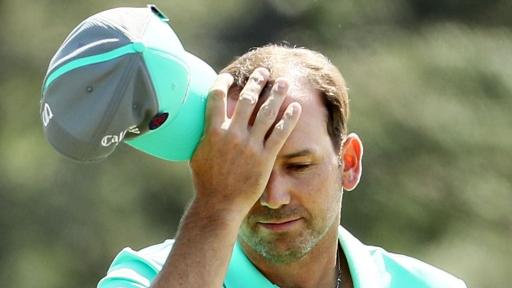 Sergio Garcia was hoping to find himself in the headlines for all the right reasons at The Open last week, but unfortunately as has often been the case for the Spaniard this season, his name was once again up in lights for all the wrong reasons.

A 20-second video transpired across social media on Tuesday of Garcia tossing his golf club towards his caddie and brother Victor Garcia as he walked off the fifth tee box following an errant shot during the final round.

Garcia, 39, went on to double bogey the hole en route to a closing round of 78 to finish in a tie for 67th place.

Watch the video below to make your own mind up about the incident...

It marks the second time the 10-time PGA Tour winner has been in the headlines for his actions in 2019 having been disqualified from the European Tour's Saudi International for "serious misconduct" after "intentionally" damaging putting surfaces.

Garcia was also seen aggressively smacking the sand multiple times in one of the greenside bunkers.

"I feel terrible about it," said Garcia following that tournament. "I’ve been thinking about it for the last week, every day. I’m an emotional player. That emotion is probably my biggest strength, but it’s also one of my biggest flaws.

The former Masters champion also found himself in the headlines this year when playing his part in a controversial gimme incident with Matt Kuchar at the WGC Match Play.

Garcia has consistently proven one of golf's hot-heads on Tour.

In the past, the Spaniard has been caught launching clubs into the water and bushes, swearing, snapping clubs and even tossing his golf shoe into the crowd during the CISCO World Match Play when it was held at Wentworth back in the day.

You can watch some of his most memorable strops in the video below...

NEXT PAGE: STENSON SHANKS BALL, THEN SNAPS CLUB AT OPEN