Will this be worth the watch? This is what social media users had to say. 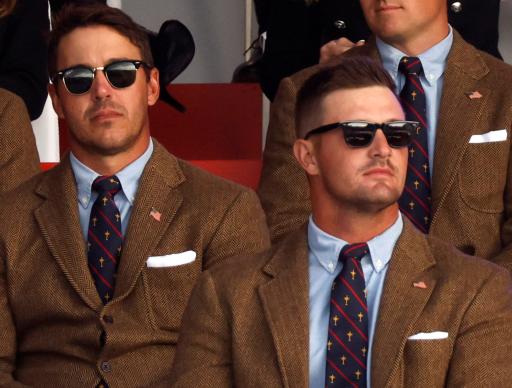 Bryson DeChambeau will peg it up against Brooks Koepka in Las Vegas in November in a...12-hole match.

Whether or not there was bad blood, it will only be down to them to spill the beans.

Walking behind Koepka being interviewed about putting on tricky greens, DeChambeau muttered: "You just gotta start them on line."

The rest, as they say, is history and what followed has been one of the funniest back and forths of all time.

DeChambeau once suggested his driver "sucked" and Koepka later had a smirk on his face as he said: "I love my driver".

Koepka, 31, then famously offered a free beer for anyone who had been chucked out for heckling 28-year-old DeChambeau.

The pair "made-up" at an hilarious post-Ryder Cup victory press conference as Justin Thomas urged them to hug.

Some have suggested that this 12-hole match in Las Vegas is a compromise.

Let's face it, this is one that was always going to happen.

The fact it has taken this long to announce is the only real surprise.

The pair will peg it up the day after Thanksgiving, Friday 26 November, for the fifth edition of 'The Match'.

Phil Mickelson and Tiger Woods have previously been involved in this format, with Lefty taking the win.

It will take place at the Wynn Golf Club in Las Vegas.

Here's the best of how social media users reacted to the news:

Me for months: I hope this stupid thing will end and they'll just get along

Also me: Will watch; I'm rooting for blood https://t.co/dLB5cdmuGd

The irony of it is that they can't stand to be in the same room as each other but offer loads of £££$$$$ and they'll be all pretend friendly for the cameras again.

What's the deal with 12 holes? It's like the Yankees and the Red Sox playing 5 innings....

More likely boring now that they kissed and made up

RELATED: PGA TOUR PRO HOSTS ONE OF THE FUNNIEST Q&A

NEXT PAGE: HOW TO WATCH THE SHRINERS OPEN THIS WEEK