Brooks Koepka races into the lead at WGC-Workday Championship 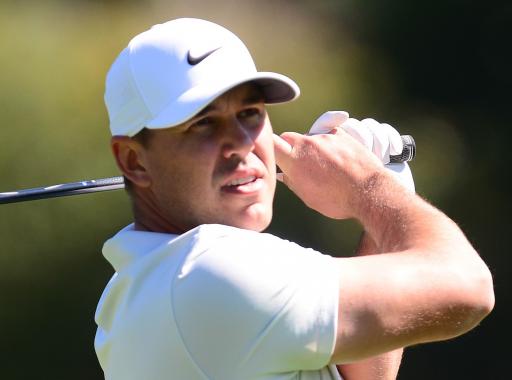 Brooks Koepka continued his rapid resurgence on the PGA Tour by moving serenely into the lead on day two of the WGC-Workday Championship at The Concession.

Koepka, who returned to the winner's circle for the first time in 18 months with victory at the Phoenix Open earlier this month, carded a 66 to move to 11-under par for the tournament and one stroke clear heading into the weekend.

The former World No.1 played some tremendous shots on day two, none more so than his approach to the par-4 16th which finished inches away from a hole-out eagle.

Cameron Smith, Billy Horschel and Collin Morikawa are one shot back on 10-under par, with Webb Simpson, Matt Fitzpatrick and in-form Tony Finau two shots adrift on 9-under par as the latter goes in search of a first win on the PGA Tour since the 2016 Puerto Rico Open.

Patrick Reed hit one of the most shocking golf shots of his life on the par-5 3rd hole (his 12th hole of the day), but then immediately followed it up with one of his better ones.

Reed topped his second shot from the short grass into the fairway bunker in front of him but then sent his ball from 143 yards to four feet for birdie. WATCH the up-and-down moment for Reed in the video below:

He topped it and still made birdie. @PReedGolf's third-straight birdie gives him the solo lead @WGCWorkday. pic.twitter.com/JPuuC0ddBQ

The former Masters champion would fall back coming home with bogeys at the 5th and 8th, but he remains in contention for the title on 8-under par.

Viktor Hovland was 7-under par for his round and 8-under par for the tournament playing the final hole, but made a shocking quadruple-bogey eight to fall back into the chasing pack.

Thru 17 holes, Viktor Hovland was -7 and two shots back of the lead.

On 18, he would quadruple bogey to finish six shots behind the leader.

Rory McIlroy and Justin Thomas have it all to do on the weekend from 5-under par.

NEXT PAGE: POLICE MAY TAKE TIGER WOODS BLOOD SAMPLE TO RULE OUT INTOXICATION