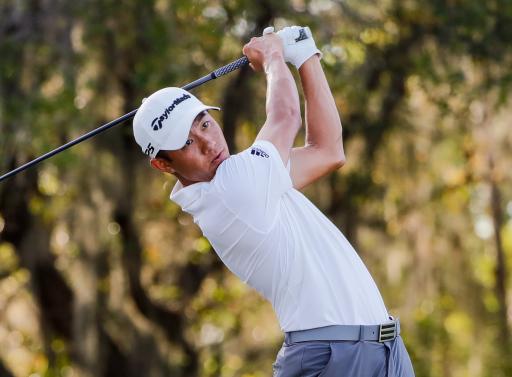 Collin Morikawa will take a two-shot lead into the final round of the WGC-Workday Championship following a solid round of 67 at The Concession in Florida.

Morikawa, 24, had opened up a commanding five-shot lead at one stage in the third round after rolling home seven birdies in eight holes from the 5th hole, but he would surprisingly bogey both of the par-5 holes coming home at 13 and 17 to fall back to 15-under par for the tournament.

The reigning US PGA champion is bidding to land his fourth PGA Tour title and his first WGC title. He is also bidding to win his second title sponsored by Workday, having won the Workday Charity Open at Muirfield Village last year.

Morikawa is also heading into the final round with his first 54-hole lead on the PGA Tour.

Brooks Koepka, who led after 36 holes, overcame a troublesome neck injury at the start of the round to card a respectable 70 to move to 13-under par alongside Billy Horschel, who posted a 69 highlighted by a superb eagle at the 17th.

He gets back within two strokes at -13.#QuickHits pic.twitter.com/fEjm0rirD9

He gets within two shots of the lead. #QuickHits pic.twitter.com/A5Gn9eUt5W

Webb Simpson is a further stroke back on 12-under par in solo fourth, while Rory McIlroy rallied with a 66 to vault up to 11-under par alongside Patrick Reed.

McIlroy, who will be paired with Reed in the final round, will reportedly be wearing red on Sunday to honour Tiger Woods following his horrific car crash earlier this week. A number of other players are expected to be doing a similar thing in the final round, including Justin Thomas, who lies 7-under par.

Viktor Hovland, Matt Fitzpatrick, Scottie Scheffler and Hideki Matsuyama remain in contention for the title but have it all to do from 10-under par.