Golf fans react to watching DeChambeau top his tee shot into the water on the par-4 4th hole at TPC Sawgrass... 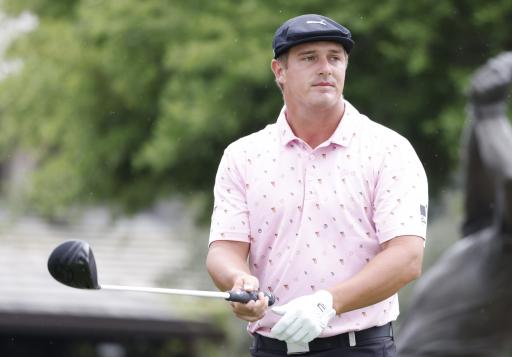 Bryson DeChambeau might be one of the greatest drivers of the ball right now, but he was made to look like a Sunday hacker on the par-4 4th hole after topping his ball into the water just 100 yards in front of him.

DeChambeau took his drop on the tee box in front of him and then sent his third shot into the trees way right of the green. To his credit, he managed to escape with a double-bogey six.

Lee Westwood, playing alongside DeChambeau in the final group, then sent his tee shot into the water way right. The Englishman managed to escape with a bogey-five.

With a top and a slice, both DeChambeau and Westwood find the water on No. 4. pic.twitter.com/ZAikGR1k5O

Social media was quick to react to the shot, which no doubt many of us will be seeing a little more frequently in England when golf returns on March 29.

Check out some of the reactions to DeChambeau's topped drive below: