Bryson DeChambeau will not compete at The Players Championship

Bryson DeChambeau will not appear at The Players Championship, the PGA Tour have confirmed. 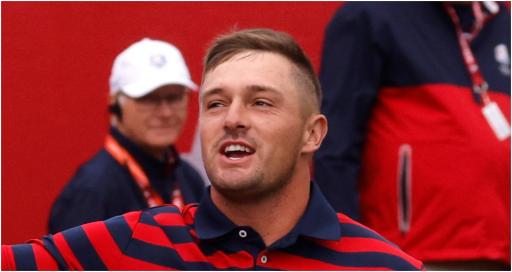 Bryson DeChambeau has officially withdrawn from The Players Championship, the PGA Tour have confirmed.

DeChambeau, 28, had hoped he would have been able to defend his Arnold Palmer Invitational title at Bay Hill.

But he said he did not want to aggravate his wrist injury further, instead making it clear he aimed to be at TPC Sawgrass.

It will spark fears that his injury is worse than he has let on. DeChambeau has only played in three PGA Tour events this season.

Those were the Sentry Tournament of Champions, the Farmers Insurance Open where he missed the cut and The Hero World Challenge.

He pulled out of the Sony Open, and also only played one round in Jeddah at the Saudi International before withdrawing injured.

DeChambeau claimed that he aggravated his existing injury by slipping and falling over.

"I know you won't believe me," he previously said. An Asian Tour player claimed he slipped on wet floor playing ping pong.

DeChambeau has been at the centre of the alleged super league, funded by the Saudis and spearheaded by Greg Norman.

He was reportedly offered tens of millions of dollars to be the poster boy of the new league, but he denied this.

Phil Mickelson's comments to a biographer confirming he was using the Saudis to leverage the PGA Tour sent shockwaves through golf.

It led to his sponsors either distancing themselves from Lefty or terminating their involvement.

As a consequence, several players then released statements confirming their allegiances to the PGA Tour.

Those were DeChambeau, Dustin Johnson and Xander Schauffele.

DeChambeau will be replaced in the field at TPC Sawgrass by Hayden Buckley.

Next page: The golf swing of Bryson DeChambeau's girlfriend