Collin Morikawa up to career-best SECOND in World Golf Rankings

Dustin Johnson slips back to third as Collin Morikawa finishes tied seventh at the ZOZO Championship. 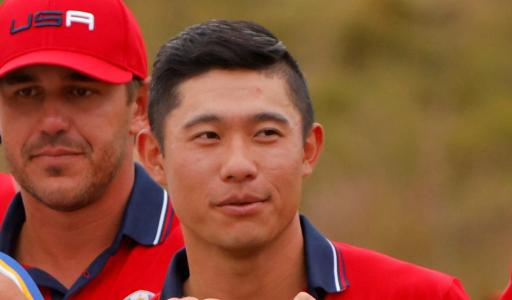 Collin Morikawa has moved up to a career-best second in the Official World Golf Rankings following his tie for seventh at the ZOZO Championship in Japan.

Morikawa, who won his second major championship with victory at The Open in the summer, finished with a round of 69 to finish 5-under par for the tournament but 10 shots behind eventual winner Hideki Matsuyama.

With Morikawa moving up into the second spot behind World No.1 Jon Rahm, it means Dustin Johnson, who did not play last week, is shuffled back to third in the standings.

Matsuyama, who clinched his seventh PGA Tour title and first win since slipping on the Green Jacket at The Masters in April, vaults from 19th to 12th in the world rankings.

Tony Finau, however, ousts Brooks Koepka into the 10th spot - despite neither of those players teeing it up last week. Reminding us why we all love the current system.

Despite being regarded as one of the best ball strikers on the PGA Tour, the talented 24-year-old American hit a dreaded shank during the third round in Japan.

"I don't think many people know this. I was in the middle of the fairway on six, the par-5," said Morikawa.

"Yeah, shanked a pitching wedge straight in the trees. So really good way to start the day after being 1-under through five."

NEXT PAGE: HUGE SALE ON COBRA CLUBS OVER AT SCOTTSDALE GOLF