The World No.1 and his partner have sold their mansion in South Florida making a massive profit. 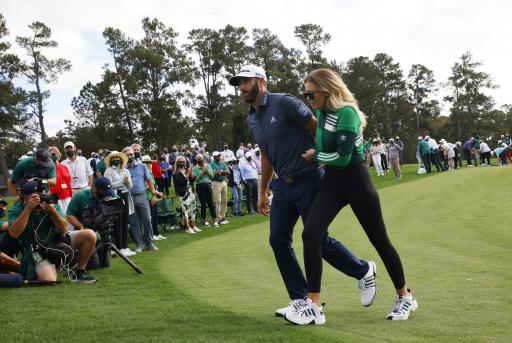 Dustin Johnson and his fiancee Paulina Gretzky have reportedly sold their Palm Beach Gardens estate for a staggering $16.5 million, having bought the property for $5 million back in 2015.

The incredible mansion stands at 13,293-square-foot and has seven bedrooms and eight bathrooms, so it is no shock that they made over $11 million in profit.

Dustin Johnson has closed on the $16.5 million sale of his Palm Beach Garden home.

He bought the estate in 2015 for $5 million. pic.twitter.com/L90hGKmVDy

The home also includes a private boat dock, a two-bedroom guesthouse, a 10-feet deep pool and a chipping and putting area that Johnson could practice in while at home.

There is also a large four-car garage to complete the superb mansion for which the buyer has not been revealed yet.

She is a model, singer and actress and is the daughter of NHL legend Wayne Gretzky.

It is no shock to see that the couple lived in such luxury when you consider both of their careers.

Johnson, 36, is not only the World No.1, the reigning Masters champion and FedEx Cup winner, but also has huge sponsorship deals with the likes of TaylorMade, adidas, Hublot and RBC.

Since turning professional in 2007, Johnson has amassed a staggering $71,279,775 on the PGA Tour, which is the fourth-highest tour earnings total of all time behind Tiger Woods, Phil Mickelson and Jim Furyk.

After many close calls in his career, Johnson finally won his first major championship at the US Open in 2016 and added to his major tally last November with a five-stroke win at The Masters.

History has shown that it is hard to win back-to-back green jackets and the big-hitting American will look to become the first player to successfully defend his Masters title since Tiger Woods in 2002.

NEXT PAGE: WHO IS JORDAN SPIETH'S WIFE? ANNIE VERRET ACHIEVES GREAT THINGS AWAY FROM GOLF