Dustin Johnson has won the PGA Tour Player of the Year award for the second time in his career. 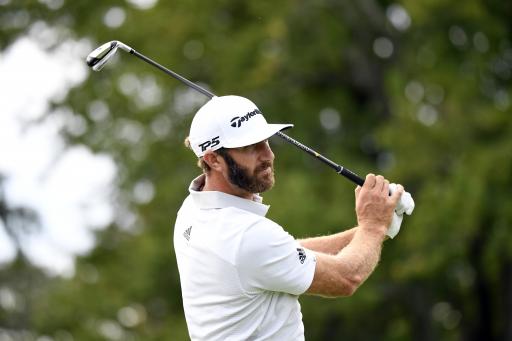 Dustin Johnson has received the PGA Tour Player of the Year award for the second time in his career, after the American was voted the best player of the season by his fellow peers.

The 36-year-old, who struggled with a knee injury during the early stages of the 2019/20 season, found his form after the PGA Tour returned to action, with Johnson claiming three titles; the Travelers Championship, The Northern Trust and the Tour Championship, which also meant he won the FedExCup for the first time in his career.

Johnson also dethroned Jon Rahm and made his way back to the top of the Official World Golf Ranking, a position he hadn't held since May 2019.

PGA Tour members who have played in at least 10 events throughout the season are eligible to vote for their player of the year, with Johnson topping the likes of Justin Thomas, PGA Championship winner Collin Morikawa and Rahm, who went toe-to-toe with Johnson as he won the BMW Championship.

"Dustin made it known throughout the season that the FedExCup was a priority and his performances in the FedExCup Playoffs were nothing short of spectacular with two wins and a playoff runner-up at the BMW Championship," said PGA Tour commissioner Jay Monahan.

"His demeanour and athleticism on the course make it look very easy but, behind the scenes, he's worked incredibly hard coming back from injury and his 2019-20 season speaks for itself in further bolstering his World Golf Hall of Fame resume."

NEXT PAGE: Golf punter lumps on Phil Mickelson to win the US Open