Dustin Johnson two back heading into weekend at Palmetto Championship 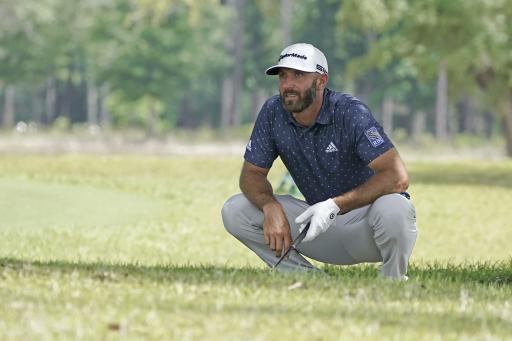 Dustin Johnson double-bogeyed the 18th hole in his second round to fall two shots off the pace heading into the weekend at the Palmetto Championship at Congaree.

The World No.1 had moved serenely into a share of the lead heading to the final hole but was then forced to take a penalty drop after an errant drive off the tee.

Johnson still carded a respectable round of 68, however, to progress to 9-under par and two shots off the lead set by compatriot Chesson Hadley.

Hadley is bidding to win his second PGA Tour title having landed his maiden victory at the 2014 Puerto Rico Open, while Johnson is looking to record a landmark 25th PGA Tour title.

Johnson opened with two consecutive birdies on the 1st and 2nd, and then added back-to-back birdies at the 11th and 12th to move within one.

He dropped a shot at the 13th but then responded again with two consecutive birdies again at the 15th and 16th to move into a tie for the lead with Hadley, who had set the pace earlier in the day.

Johnson then had the opportunity to move one shot clear on the 17th hole but he missed his six-foot putt for birdie.

The two-time major champion then handed two shots back at the final hole when driving left into trouble, and he then failed to get up and down from the back of the green.

Hadley's round included seven birdies and two bogeys for a round of 66.

Further down the board, Tyrrell Hatton moved to 3-under par after a 68, with Ian Poulter a further shot back on 2-under par.