The European Tour star congratulated Finau for his level of consistency, despite letting another PGA Tour event slip through his fingers. 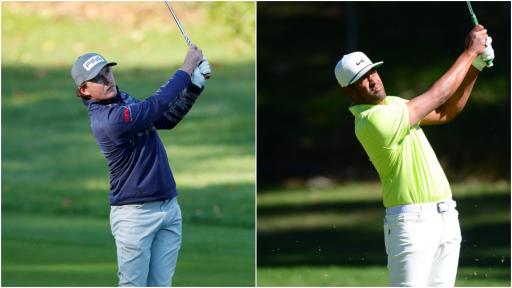 European Tour star Eddie Pepperell leapt to the defence of Tony Finau on Monday morning and congratulated the American for his extraordinary level of consistency he has shown on the PGA Tour over the past few years.

Finau shot a sensational 7-under par final round at Riviera to take the Genesis Invitational to a play-off against Max Homa.

Homa went on to win the tournament, meaning Finau's winless drought continues, but there's no question he has become one of the most consistent PGA Tour players in the history of the game.

Finau is still looking for what would be just his second PGA Tour victory, having won his first at the Puerto Rico Open back in 2016 and the American has now racked up 37 top-10 finishes on the PGA Tour without a win since then.

In that time, Finau has also won close to $20 million on the PGA Tour since he last won a tournament, so although he will be desperate for another victory, he's certainly not out there struggling.

Pepperell, who is known for his antics on Twitter, felt the need to post about how "awesome" Finau is and that his top 10 record is something people should look at as a positive, not a negative.

To be honest @tonyfinaugolf, 37 top tens in the last few years on the PGA Tour is spectacularly good. Like many, I think you’re awesome.

"To be honest Tony, 37 top tens in the last few years on the PGA Tour is spectacularly good. Like many, I think you’re awesome," said the Englishman.

Pepperell's view was shared by many, with plenty of golf fans responding to the 30-year-old's tweet agreeing with him and praising Finau, despite his lack of wins.

Finau doesn’t choke in my observation. You could say that he plays a little defensively when in contention perhaps? But nearly all players do. Certainly wouldn’t bet against him winning majors.

People calling him a choker just don’t get it. He’s not blowing sunday leads. To shoot -7 at Riv on Sunday just to get in a playoff is insanely tough. DJ and Rahm only guys at his level of form at the moment.

Thx Eddie - too much focus on winning here in the US, for me he is great and consistently showing it! Winning is premium and I hope he gets W‘s under his belt soon, if not it doesn’t diminish his status!