Fancy a bet on the golf this week? Take a look at which players we will be betting on for the Genesis Invitational on the PGA Tour this week. 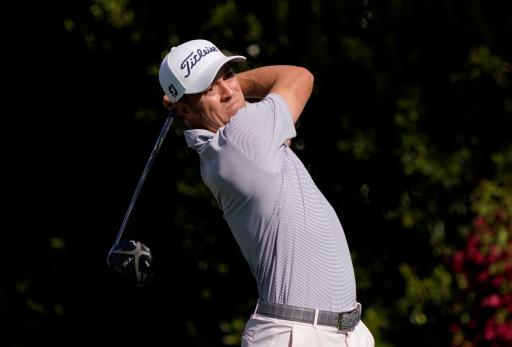 The PGA Tour heads to the iconic venue of Riviera this week for the Genesis Invitational, with a star-studded field set to have golf fans glued to their TVs. Eight of the top 10 players in the world will be teeing it up this week, but who are we backing to do well?

It's no surprise that World No.1 Dustin Johnson goes into this week's action as the tournament favourite at 11/2, with the 36-year-old returning to the PGA Tour after taking last week off, much to the relief of the rest of the field.

Johnson finished in a tie for 10th place last year and although he's in the form of his life, he isn't our main selection to win at Riviera.

There's a group of players sitting at 12/1 who will all seriously fancy their chances this week, but it's Justin Thomas who we are selecting as our main bet for the Genesis Invitational.

He missed the cut here last year, but in 2019 he was blowing the field away, until he shot a 4-over par final round to lose to J.B Holmes by a single stroke.

Thomas clearly knows how to shoot low at Riviera and without a win since July last year, this could be the place where he picks up his first victory of 2021.

Brooks Koepka is currently sitting at odds of 22/1, which given his victory at the Waste Management Phoenix Open last week is far too much value to ignore.

The American has always tended to focus on majors over PGA Tour events, but now that he is injury-free, Koepka could be a different animal to deal with on tour.

His performance here last year was disappointing, but he's been battling serious knee problems since way before that, so we fancy Koepka to improve on his T43 finish last time out and he will be itching to win a tournament that contains such a quality field.

In terms of tee to green statistics, there's not many better players out there than young Joaquin Niemann. In fact, Niemann is currently 9th in Strokes Gained Tee to Green, higher than the likes of Thomas, McIlroy and Finau.

At just 22-years-old, Niemann has quickly become one of the most consistent players on the PGA Tour and in the two events he has played in 2021 during the Hawaiian stretch, he finished as the runner-up on both occasions.

With odds as long as 40/1, an Each Way bet on Niemann could be the way to go as it would be no surprise seeing the Chilean hanging around the top of the leaderboard come Sunday.

Our final selection for the Genesis Invitational is another Each Way bet on Carlos Ortiz, whose odds are currently as high as 60/1.

In his last three starts on the PGA Tour, Ortiz has finished T14, T29 and T4, with the latter most recently at the Phoenix Open.

The Mexican's Riviera form is also highly impressive and with the value on offer, Ortiz is a fantastic option for an Each Way bet this week.