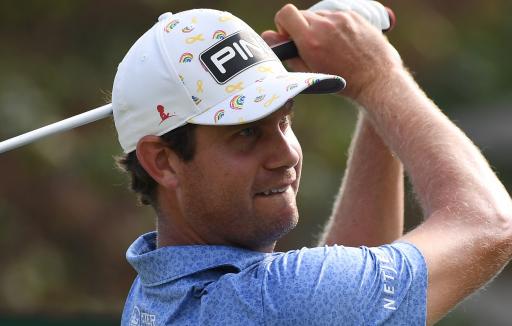 Harris English carded a bogey-free 65 to maintain his two-shot advantage after 54 holes as he looks for a first World Golf Championships title at the WGC-FedEx St Jude Invitational.

The American led by two after rounds one and two at TPC Southwind but he was caught at the top of the leaderboard in round three as major champion Bryson DeChambeau signed for a 63 to get to 16-under par.

English responded in fine fashion, keeping his cool to birdie two of his last three holes and move to 18-under par as he seeks a wire to wire victory in Memphis.

The 32-year-old won this event in 2013 for his maiden PGA Tour victory and has since taken that tally to four with two this season.

"I mean, through a 72 hole golf tournament, you're going to have nine holes like that where you're not hitting it quite as good as you want to, you're scrapping it around," said English.

"That's why I work so hard on my short game because I know some of those times are going to come and you've got to grind through it, got to make some tough pars, and then when you start hitting it good, hit it close and you can make some birdies. That's kind of how the round went today. It was a slow start, made a good putt on eight, hit it close on nine and kind of got the round going.

“There's a lot of good players behind me and my goal is just stick to my strategy and execute and whatever happens, happens. I can't control what everybody else is doing. I can't really put a number out there, but if you play good golf out here, you can shoot seven, eight under. So who knows what it's going to take, but I've got to keep doing what I'm doing and we'll see where it is after 18.

“I don't think I have anything to prove. I play this game for me and to be competitive. I love competing, I love playing tournament golf. Ever since I was a kid, I felt like I played better in tournaments than I did practicing at home or in practice rounds. I guess it's when you turn on the lights, when you get going, I love playing with pressure and I feel like it helps me focus. I don't think I need to prove anything, I just enjoy playing the game and I love competing with guys.”

Australian Cameron Smith carded a 65 to sit alongside DeChambeau, two shots clear of Mexico's Abraham Ancer, who endured late slips in his 67.