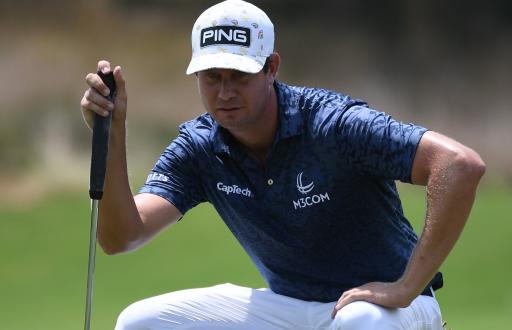 Harris English carded a second-round 65 to take a two-shot lead into the weekend at the WGC-FedEx St Jude Invitational but has an impressive pack chasing him down at TPC Southwind.

The American followed up an opening 62 to get to 13-under par but Mexican Abraham Ancer and Australia's Cameron Smith both matched his first-round effort to be the closest challengers, with Smith remarkably recording just 18 putts in round two.

English, the World No.14, is searching for a first WGC win in Memphis but he claimed victory at this event eight years ago and has two wins on the US PGA Tour in 2021.

"When I miss the greens, I feel like my short game's been on point and I feel like I'm putting it well. Made some good saves for par, good birdie putts. Everything is clicking right now so I feel like my strategy's been working off the tee; a lot of right to left holes on the three wood, left to right holes I feel I can hit my fade with the driver and it's been working out.

"It definitely changes a little bit day to day on what feels great. I don't feel like my ball striking was quite where it was yesterday, but it is what it is. That's the game of golf, you've got to take what it gives you and figure it out on the fly. I feel like I did a good job of that today."

Ian Poulter - a two-time World Golf Championships winner - is at 10-under par alongside Americans Sam Burns and Scottie Scheffler, a shot clear of major champions Bryson DeChambeau and Louis Oosthuizen.

Oosthuizen, who is currently third in the Race to Dubai Rankings in partnership with Rolex following three top threes in majors in his last four starts, signed for a bogey free 64.

Meanwhile, American DeChambeau made six birdies and two bogeys in a 66 to sit a shot ahead of countrymen Jim Herman and Will Zalatoris.