Harris English claimed the Sentry Tournament of Champions using a putter with a sentimental history. 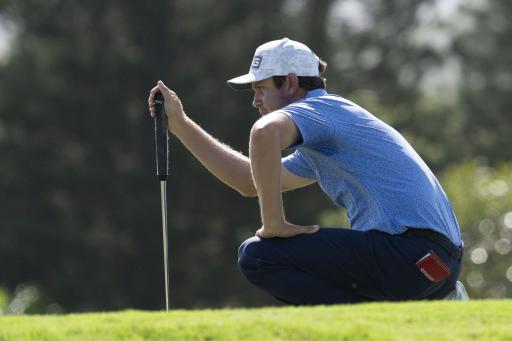 Harris English put himself back in the winner's circle for the first time since 2013 last week, when he beat Joaquin Niemann in a play-off to win the Sentry Tournament of Champions and he did so using a putter that was first released 10 years ago.

Speaking to the media ahead of the next stop on the PGA Tour's Hawaiian stretch - the Sony Open at Waialae Country Club in Honolulu - English was asked why he stopped using his PING Scottsdale HoHum in the first place and how it ended up back in his back.

After winning twice in a short period back in 2013, English was offered a contract with Callaway as he looked to be a rising star on the PGA Tour.

"They made a nice offer," said English. "I just won twice in 2013 and I guess I was the next up-and-coming star. Yeah, it was a great offer."

Up until that point, English had been using PING equipment and after his contract ended with Callaway in 2016, the American re-signed with his former brand, which eventually saw him resort back to his old faithful putter.

"My assistant coach took it off the putting green, and he was like, ‘Man, I’m a terrible putter. If I can make putts with this putter, anybody can putt with it,’” English said, explaining his first experience with the putter.

"So I started putting with it. It's called the Hohum, pretty funny name. But putted really well my senior year with it.

"It’s been a staple that I’ll always go back to. It’s something with the face: It’s pretty soft. It’s very unique, easy to aim. There’s a reason why I go back to it. It’s kind of an old faithful putter, and I feel like I’ve had some of my best putting weeks with that putter."

"I [first] played Ping clubs since I was 12 years old, and just have a lot of confidence in them," English said. "It’s tough to say, but it was a good run when I was in my 20s, but I feel like I’m really happy with what Ping is doing and confident in what I’m playing right now.

"It's definitely an adjustment period. And I'm kind of back to not really knowing what I play. PING does it all and I have full trust in those guys to putt stuff in my hands that they know works and I know works."

NEXT PAGE: Sony Open 2020: Our betting tips for this week's PGA Tour action