Jason Kokrak secured his second win of the season and the second PGA Tour win of his career at Colonial Country Club in Fort Worth, Texas. 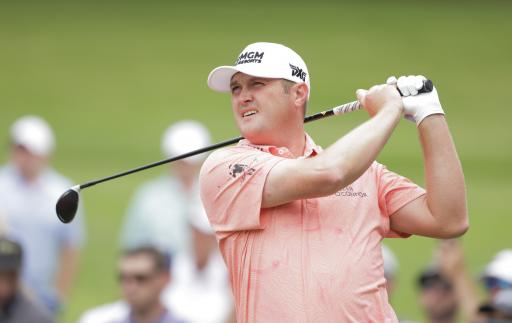 Jason Kokrak secured his second PGA Tour title of the season and his career at the Charles Schwab Challenge in Texas, winning by two shots ahead of Jordan Spieth.

Kokrak, who started the final day one behind Spieth on 14-under-par, becomes only the third multiple winner of the season along with Bryson DeChambeau and Stewart Cink.

"The fans were definitely rooting for the guy next to me," said Kokrak.

From nearly in the water to the leader by 2.@JayKokrak extends his lead at No. 13. pic.twitter.com/gP3bnO93gd

"Jordan and I had an ebb and flow and we both didn't have our A-games today, but I rode it out. D-Rob (his caddie) kept me patient, I didn't finish the way I wanted to but I still got the win and I'm happy to be standing here."

Spieth made a poor start in Fort Worth on Sunday as he made three bogeys in his opening five holes. Despite making two bogeys of his own, Kokrak birdied the par-4 5th hole to take a one-shot lead.

The 36-year-old had a mixed bag of a front nine with three birdies and three bogeys in total. Spieth made birdie at the 6th and 9th holes to lock to together with his opponent on 14-under-par.

As the three-time major champion made pars to begin the back nine, Kokrak made a birdie at the 11th hole and a fantastic birdie at the par-3 13th hole to pull two shots clear of Spieth with five holes remaining.

Kokrak, who won the CJ Cup back in October, left the door open for Spieth with a bogey on the 15th hole to fall back to 15-under-par, but the Texan also made bogey to stay two shots behind.

The World No. 35 gave another one back to the course on the 16th hole while Spieth made a par. Suddenly Kokrak was only one shot ahead on 14-under-par with two holes remaining.

But Kokrak's victory was all but confirmed when Spieth's approach to the 18th green bounded into the water. Kokrak parred the final hole to finish on 14-under-par and a two-shot victory over Spieth, who has now finished second at the event on three occasions.

Charley Hoffman, Patton Kizzire, Sebastián Muñoz and Ian Poulter all finished in a tie for third place on 10-under-par.