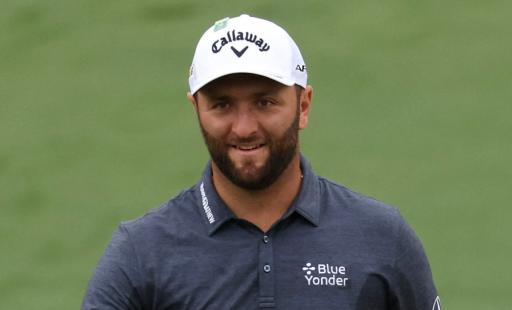 Jon Rahm is back in the winner's circle on the PGA Tour following a narrow one-shot victory at the Mexico Open at Vidanta.

Rahm did not have his best stuff on Sunday but he held his nerve to card a final-round 69 to finish 17-under par and one shot clear of Kurt Kitayama (68), Tony Finau (63) and Brandon Wu (63).

Hugs with the family pic.twitter.com/eMiPBrOKjV

The Spaniard held a one-shot lead down the par-5 18th but he found trouble off the tee in deep rough.

He hacked his ball out some 80 yards, fortunately bounding through the waste area and into the first cut of rough.

Rahm sent a wedge to the back of the green and then two-putted for the win.

Rahm led or co-led after every round this week in Mexico. It marks Rahm's first win since he landed his first major title at the 2021 US Open last June.

In terms of Spanish winners on the PGA Tour, Rahm now moves ahead of Jose Maria Olazabal.

Rahm was an overwhelming favourite heading into this week on the PGA Tour at 9/2 and he duly delivered the goods.

The win marks a fourth in the last seven weeks on the PGA Tour for the GolfMagic tipsters, so be sure to check out our picks once again next week as we are in a rich vein of form!

Despite his latest win, Rahm remains second behind Scottie Scheffler in the Official World Golf Rankings.

Rahm will now have his sights firmly set on a second career major title heading into the US PGA Championship at Southern Hills in two weeks time.