Jon Rahm made birdie at the final hole of his third round at the Mexico Open to take a two-shot lead heading into Sunday. 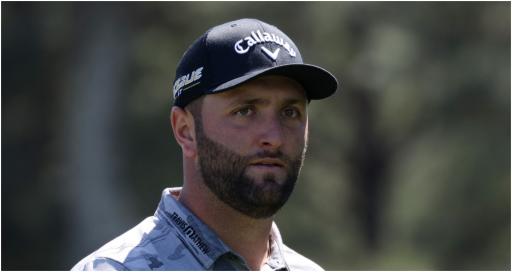 Jon Rahm will take a two-shot lead heading into the final round of the Mexico Open on the PGA Tour as he goes in search of his first since win since lifting the 2021 U.S. Open.

Rahm, who is now second in the Official World Golf Ranking following the dramatic ascension of Masters champion Scottie Scheffler, has carded rounds of 64, 66 and 68 at Vidanta to take his score to 15-under par.

The Spaniard, who has won six times on the PGA Tour, is only marginally ahead of Cameron Champ, who carded a third round of 4-under 67 in windy conditions by the sea.

Rahm made the turn at 2-under par after making consecutive birdies from the sixth hole. He dropped a shot at the tough par-4 10th by sticking his drive in the water but battled on the back nine.

He cut his typically frustrated figure as over as over the first two days it looked like he was going to race away with the victory after a frustrating season so far.

Those tough few months included finishing 27th at the Masters and finishing 55th at the Players Championship at TPC Sawgrass as he wrestled to get something going with his putter.

Joining Champ in the race for the win in Mexico include Kurt Kitayama (66), Nate Lashley (64) Patrick Rodgers (66) and Davis Riley who memorably lost to Sam Burns in a playoff at Valspar.

Riley said: “For me, the biggest takeaway I took is just be me. I don't need to be anybody else and just being me is good enough to compete and win a golf tournament.

“So that's what I've just been telling myself. I felt like I really turned a page there at the Valspar having a chance to win.

“You know you can do it until you finally do it and have a chance is another thing and to finally have that good opportunity was pretty cool.”

Rahm made a birdie off the edge of the green at the 18th to take his advantage back to two strokes before he hits his first tee shot tomorrow.

It was a mature performance under pressure from the chasing pack to maintain the lead he started the day with.

Elsewhere, Patrick Reed has returned to form this week and is also inside the top-10 sitting on 10-under par. England’s Aaron Rai is on the same score as Reed.