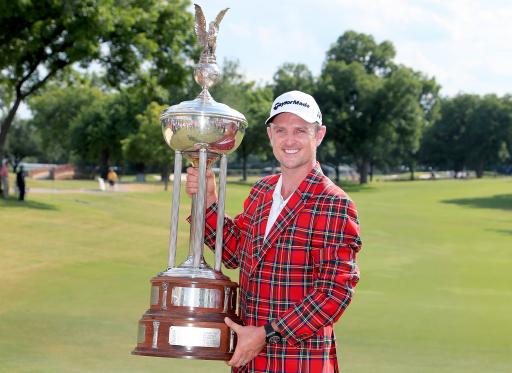 Justin Rose may have been missed on home soil at the BMW PGA Championship this week, but he made amends by cruising to victory at the Fort Worth Invitational on the PGA Tour.

Rose, 37, posted a sublime 6-under 64 to clinch a three-stroke victory over Brooks Koepka on 20-under par.

The victory marks the Englishman's ninth on the PGA Tour, and he is the fifth player with multiple wins this season.

"Really, really proud of this one," said Rose. "This is a special victory for me. I think obviously just winning here at this venue I think is really what means so much. A tournament that I pick up the trophy and the first thing I saw was Ben Hogan's name twice. It sort of says a lot."

Rose received nearly $1.3 million and a plaid jacket for winning at Hogan’s Alley.

JUSTIN ROSE: IN THE BAG