The world No.3 has his concerns on the expansion of gambling in golf and believes it could cause fans to purposely put players off during tournaments. 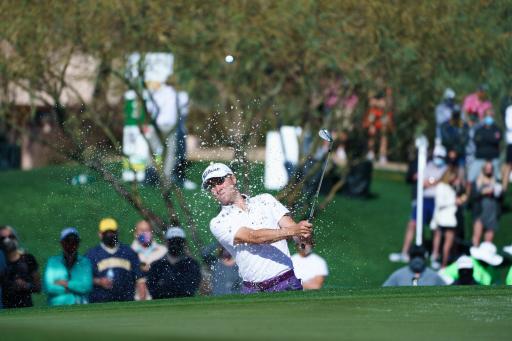 The PGA Tour has stepped up its support of gambling in recent months, but world No.3 Justin Thomas has voiced his concerns over the possibility of the behaviour of on-course fans getting out of hand, in an attempt to put off certain players.

Gambling in golf is a growing market and the PGA Tour has recently made deals with some of the biggest betting companies in sport, including DraftKings, FanDuel, PointsBet and BetMGM, whilst a live betting show produced by NBC Sports made its debut at the Waste Management Phoenix Open last week.

Thomas, who is a member of the PGA Tour Player Advisory Council and a huge sports fan himself, is worried that further down the line it could cause golf fans to behave in a way that starts to affect the players, in an attempt to increase their chances of winning bets.

"Obviously as a player, selfishly, I worry about any sort of sketchiness going on with whether it's communication within someone that's out on the grounds and could potentially yell or do something to affect a person that would have, say, a wager or something and that's a serious, serious concern," said the 27-year-old.

"We're out here playing—this is our job and we're out here trying to win golf tournaments and a lot of people are supporting families and supporting themselves. I would hope it would never come to that.

RELATED: Scottie Scheffler hits one of the best shots you'll see all year on the PGA Tour

"But at the end of the day you can't sit there and tell me that that's not a realistic chance."

It's a fair point from Thomas, as what is to stop a golf fan who has placed a huge bet on a tournament from shouting at the top of a player's backswing coming down the last when they've placed a big stake on someone else.

NEXT PAGE: Scottie Scheffler hits one of the best shots you'll see all year on the PGA Tour