Justin Thomas is back in action this week on the PGA Tour after recovering from a minor operation following his cancer scare. 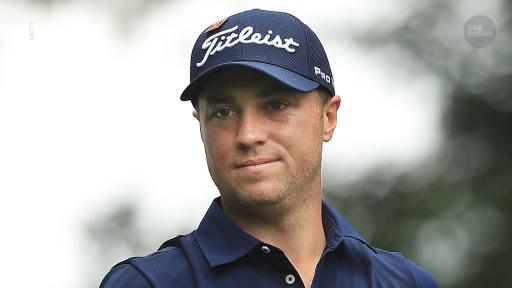 Justin Thomas returns to action this week on the PGA Tour, making his first start of the new season at the Safeway Open. It's JT's first appearance since the Tour Championship, having missed the start of the season due to having a minor operation to remove a mole on his left leg that was caught in the early stages of melanoma.

RELATED: Justin Thomas shares cancer scare as a message to all golfers

Thomas shared the message as a warning to other golfers, that being in the sun often can cause serious damage to your skin. The Instagram post that Thomas shared received extremely positive feedback from his fellow golfers and fans around the world.

This week, the PGA Tour heads to the West Coast for the third event of the new season, where Thomas and a host of other talent will battle it out in the Safeway Open at the Silverado Resort's North Course in Napa.

Kevin Tway is the tournament's defending champion, but it's Thomas who goes into the tournament as the favourite to win this year, with odds of 7/1. Patrick Cantlay isn't far behind at 10/1, while Adam Scott and Hideki Matsuyama share the honour as third favourites at 14/1.

Aside from the cancer scare, Thomas enjoyed the break away from the game and admitted it was a much needed rest, as he is now focused and hungry for what would be his eleventh victory on the PGA Tour.

“I feel very refreshed," said the world No.6. "I was excited to come here, when in past years I probably wasn’t excited to come to the first event because I was still kind of over golf. But I’m very, very ready to get this season going and feel like it could be a great year.”