Westwood after Players Championship final round: "I hate to say it, age is catching up with me." 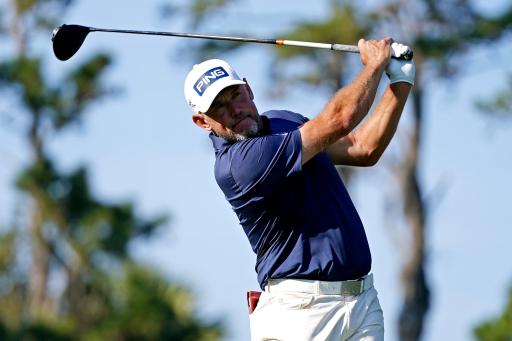 Lee Westwood revealed his age is catching up with him after he failed to capitalise on his overnight lead at The Players Championship, allowing Justin Thomas to take home the trophy.

The Englishman was praised by many after putting together another fantastic performance on the PGA Tour, to record his second runner-up finish in back-to-back weeks.

Westwood went into the final round with a two-stroke lead over Bryson DeChambeau, but both players in the final group struggled to get going, while Thomas shot 4-under par to win by one.

The former World No.1 turns 48 next month and although his performances as of late have been impressive, Westwood said that fatigue played a factor during the course of the weekend at TPC Sawgrass.

"Obviously, when you're in contention, you'd like to win every tournament you're playing in, but I didn't quite have my game today," Westwood said.

"I don't know what it was. Maybe I have just played a lot of golf. I hate to say it, age is catching up with me. Yesterday I felt like my legs were just starting to get a bit tired and weak, and today I just didn't feel like I had my legs under me."

Westwood, who is usually so reliable with a driver in hand, hit a few uncharacteristic tee shots that landed him in trouble.

"I was hitting shots I don't normally hit," he added. "The ones right off 2, 4, and 11 were poor shots. Couldn't quite find the strike.

"It's a battle sometimes," he said. "That's championship golf. If you don't like it, you're in the wrong job."

Westwood's run of tournaments on the PGA Tour continues next week at the Honda Classic and the veteran said he is enjoying the sport more in his later years than he did in 2010, while he is also thankful to be in the position he is in, considering the year others have had due to the coronavirus pandemic.

"It gets treated far too seriously occasionally. With what's going on in the world, it's fun to be doing a job that I love and that I've done for 28 years, and I'm still doing it.

"You know, there's no down side, really. I didn't deserve to win today because I didn't hit the ball well enough. You've got to have realities in your life, and my life is full of reality.

"I'm just having so much fun."