Michael Visacki received a phone call from Charles Schwab himself who invited the journeyman to play in his event later this month. 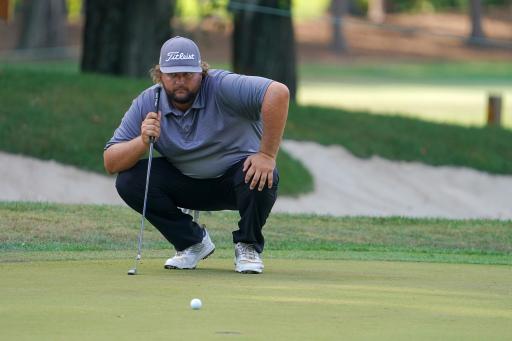 Michael Visacki won the heart of every golf fan around the world when he qualified for his first PGA Tour event and he will now have the opportunity to play in another later this month.

The journeyman golfer went viral when he called his dad to tell him he had qualified for last week's Valspar Championship and although he unfortunately missed the cut, he drew one of the largest crowds during the opening two rounds.

His dedication to the game touched the hearts of many, including the father of a family friend who had been having suicidal thoughts, until Visacki's story inspired him to seek the help he needs and hit the golf course to clear his head.

It took Visacki seven years to finally play a PGA Tour event, but he will now have to wait just a matter of weeks to play another one, after he received a phone call from Charles Schwab, who wanted to personally invite him to play in the Charles Schwab Challenge at Fort Worth at the end of May.

Valspar Monday Qualifier @VisackiGolfer has received a sponsor exemption into the @CSChallengeFW.

He learned the news from the man himself, Charles Schwab. pic.twitter.com/nx0xVgrYY8

"Thank you so much, I really appreciate it," said a grateful Visacki at the end of the phone call.

Even though Visacki missed the cut at last week's PGA Tour event, he was thankful for the support he had received and took every positive out of the experience.

"It meant the world," he said at Copperhead last week. "I play a lot with the people that were following me, so to have their support this whole week has been unbelievable."