The Saudi-backed Premier Golf League has certainly not gone away and according to The Telegraph, some of the biggest stars in the sport have been offered serious money to join. 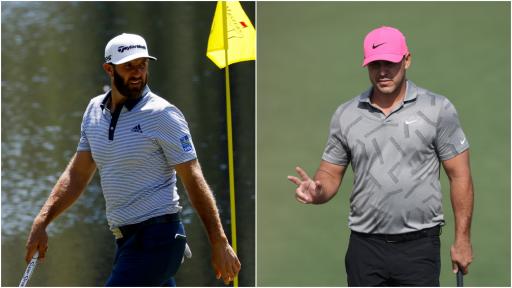 The Premier Golf League has returned to the fold and reports suggest that Dustin Johnson and Brooks Koepka are just two of the players who have been offered $30 million to join the F1-style golf tour.

According to an exclusive report in The Telegraph, Justin Rose and Phil Mickelson have also been presented with similar offers, while reigning US Open champion Bryson DeChambeau is next on the PGL's radar.

PGA Tour commissioner Jay Monahan warned players last year that anyone who joined the Saudi-backed golf league would lose their membership with the PGA Tour, which would also mean forfeiting any future spots in Ryder Cup teams.

In an attempt to keep the PGL at bay, the PGA Tour announced that multiple tournaments would see an increase in prize money, while the new Player Impact Program was also revealed, which will see 10 players share $40 million at the end of the year, based on factors off of the golf course.

It seems the PGA Tour's enhanced war chest hasn't scared the PGL investors and they are now attempting to lure some of the biggest stars away by placing concrete offers on the table.

As well as the initial $30 million, it's been reported that the players have also been offered a 50% stake in their teams to further increase their profits should they join the controversial golf tour.

“This will all kick off in the next few weeks,” a source told Telegraph Sport. “It will be fascinating to hear how aggressive Monahan is with his language. The Saudis believe the tour can’t expel members and it could end up in a big legal fight.”

When the Premier Golf League first came around in February last year, it looked as though it was dead in the water when Rory McIlroy said he had no interest in leaving the PGA Tour, whilst slamming the PGL and saying he "didn't like" what they were proposing.

Should the PGL go ahead, they plan on running the tour similarly to F1 and starting it in 2022, where players will represent teams and be run by managers, who can change their squad by making signings from opposing teams.

With players now being made multi-million dollar offers, it is expected that Monahan will come out all guns blazing in an attempt to stop PGA Tour players departing and bring the PGL idea to an end once and for all.