Due to the high number of cancelled events as a result of the coronavirus, the PGA Tour has announced that all players will be exempt for next season. 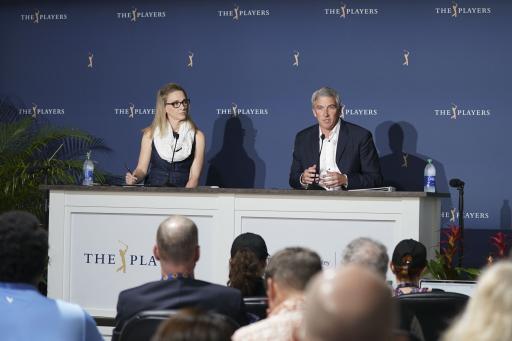 Low-ranked PGA Tour players have received a positive boost after the PGA Tour announced that players will be exempt for next season and will not lose their tour card if they finish outside the top 125 this season.

Players have been out of action since the first round of The Players Championship in an attempt to slow the spread of the coronavirus, which has caused social lockdowns and distancing worldwide.

Typically, at the end of the season, the top 125 players in the FedEx rankings advance to the playoff series, whilst those who finish 126th - 200th join the top 75 players on the Korn Ferry Tour for a series of tournaments to determine the 50 players who will be exempt for the following season.

That system has now been scrapped by the PGA Tour, due to the fact that so many tournaments on both the PGA and Korn Ferry Tour have been cancelled.

Instead, no PGA Tour players will lose their exemption status, whilst the Korn Ferry Tour will reward its top 10 players with limited status on the PGA Tour next season.

The statement from the PGA Tour read:

"This eligibility update, contingent upon the planned restart of the season at the Charles Schwab Challenge the week of June 8, was deemed the best and most equitable solution for the membership at large after research by our competitions department and significant conversations with the Policy Board and Player Advisory Council.

"While the Korn Ferry Tour will not have a graduating class in 2020 due to the PGA Tour eligibility changes, we have established a performance benefit for the top 10 from the final Korn Ferry Tour points list following the conclusion of the Korn Ferry Tour Championship presented by United Leasing & Finance. Those players will be granted access into all PGA Tour additional events for the 2020-21 season. Additional details relative to the Korn Ferry Tour and an adjusted/extended season are expected to be announced on Monday, May 4."