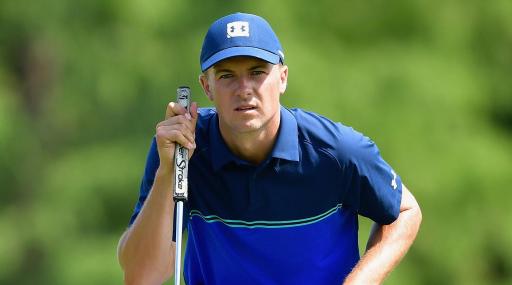 Jordan Spieth may have financially endured his worst season to date on the PGA Tour in 2019, but he did at least perform as we have come to expect on the greens.

Only he was beaten into the top spot when it came to strokes-gained putting on the PGA Tour in the 2018/19 season by a relative unknown to many.

Strokes-gained putting requires the help of the PGA Tour's ShotLink Intelligence Program to cleverly calculate the helpful stat to best see how a Tour professional is performing on the greens.

The stat is worked out, according to the PGA Tour, by the "number of putts a player takes from a certain distance when measured up against a statistical baseline to determine their strokes gained or lost on a hole."

Best golf shoe deals during US PGA Championship week
Golf Ball Deals: The best golf balls in 2021 for UNDER £30

"The sum of the values of all holes played in a round minus the field average strokes gained/ lost for the round is the player's Strokes gained/lost for that round."

Let's check out who the top 10 performing players were on the greens for the 2018/19 PGA Tour season, and the putters each of them was using. It all makes very pleasing reading for Scotty Cameron...

Tiger Woods backs Bryson DeChambeau to win "many more" major championships
How much K.H. Lee and every player won at the AT&T Byron Nelson

Tiger Woods backs Bryson DeChambeau to win "many more" major championships
How much K.H. Lee and every player won at the AT&T Byron Nelson