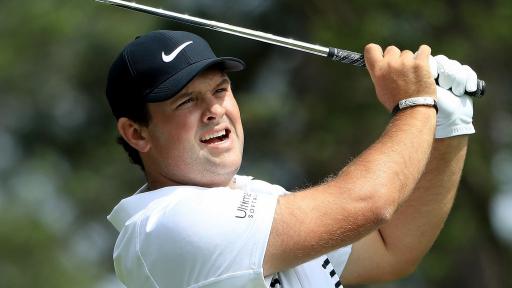 Patrick Reed is being blasted on social media this week following his sarcastic tweet to the PGA Tour after attending a Red Sox game on Wednesday evening.

Reed was afforded the luxury of free tickets to attend the Red Sox game with his wife and sister-in-law, but upon receiving his tickets, the Masters champion found his location less than pleasing.

Upset at having to sit in Fenway's "line drive section", Reed took to social media to explain how he paid to upgrade his tickets.

Thank you @pgatour for the tickets to the @RedSox game tonight. I love how you put my wife, sister in law and myself in the line drive section. We paid $650 and ended up in the same section as the rest of the @PGATOUR! #frontrow pic.twitter.com/E0VP0Sbf22

The fact he used the hashtag #shocker would indicate it's not the first time he's felt hard done by through the PGA Tour.

Blasting how much money you spend just to complain about it - classy. Really tryin to get behind you and cheer for ya, but you make liking Rory way easier

Would love to see you eat a line drive

Take it out of the money you stole from your teammate in college...

Sending thoughts and prayers through this difficult time

One of the few golfers I don't care for. Another prime example why. Wish you had never won that green jacket. How about a little humility. Rickie Fowler would have worn it with a lot more dignity

Justin Thomas, the defending champion at this week’s Dell Technologies Championship, threw out the first pitch and attended the game with his father.