Scores to par to be STAGGERED in season-ending Tour Championship at East Lake. 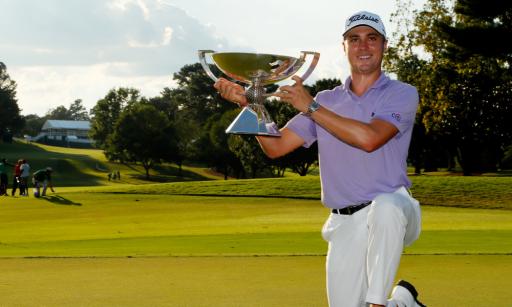 The PGA Tour is planning a major revamp to its FedEx Cup structure with a HUGE change to the final Playoffs event at The Tour Championship, according to the Associated Press.

Five people aware of the discussions say FedEx Cup points will not be involved in the final playoff event at East Lake.

Instead, the leading player in the FedEx Cup standings heading into the Tour Championship will start at 10-under par, with scores to par staggered depending on the positions of all 30 players.

The winner will be the FedEx Cup champion, and the bonus is expected to be more than the current $10 million prize.

That means whoever gets the 30th spot at East Lake would have four rounds to make up as many as 10 shots.

The Associated Press claims the five people spoke on condition of anonymity because the PGA Tour has not publicly announced what they are planning to do, and because there are still loose ends.

A number of other changes to the FedEx Cup will include the number of playoff events being reduced from four to three with The Northern Trust rotating each year between Liberty National in Jersey City and the TPC Boston, followed by the BMW Championship and then the Tour Championship.

The Tour hopes the new format, where some players essentially have a head start before a shot is hit — will keep the focus squarely on the FedEx Cup.

The PGA Tour last year announced a 10-year extension for the title sponsorship of the FedEx Cup, an important deal because it gave the tour’s postseason continuity for another decade. PGA Tour Commissioner Jay Monahan said last year he expects the bonus pool — previously $35 million with $10 million for the winner — to increase.