Fowler responds to Faldo after his commercial activity dig on Twitter... 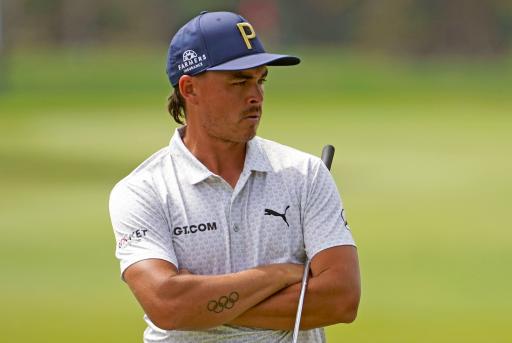 Rickie Fowler has responded to Sir Nick Faldo's recent commercial activity dig should the American miss out on competing in The Masters next month.

With Fowler highly likely to miss out on his first trip to Augusta National since 2010, Faldo recently tweeted: "Good news is if he misses the Masters he can shoot another six commercials that week!"

Fowler was quizzed about Faldo's comments at last week's Honda Classic, but the five-time PGA Tour winner admitted it was all in jest.

"No, I know where Nick was trying to come from on that and it’s like competitor to competitor, you’re trying to needle each other and get each other going type of thing," said Fowler.

"I am fortunate to have some great partners and make some great commercials, and it’s been fun to be able to do that. I would much rather be playing the week of the Masters than working. But it’s all part of it.

"I’m going to keep kicking down the door, if we’re able to do something special in the next few weeks before Augusta, we’ll be there. If not, we’ll keep grinding and we’ll be back in the winner's circle soon."

Unfortunately Fowler did little to improve his chances of competing at The Masters in two weeks time after recording a tie for 65th at the Honda Classic, which featured a dismal round of 78 on Saturday.

Fowler has now missed three of his last five cuts on the PGA Tour.

In order to make The Masters, Fowler will need to win the Valero Texas Open next week.

NEXT PAGE: HOW MUCH THEY ALL WON AT THE HONDA CLASSIC