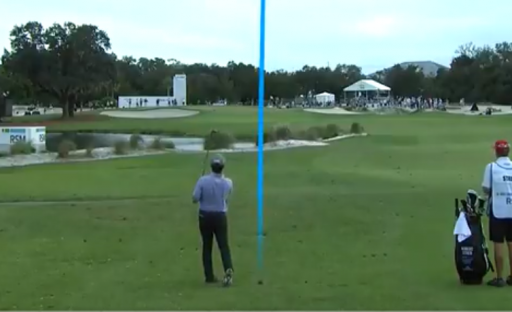 Robert Streb landed his second career PGA Tour title at the RSM Classic after nearly holing out with his second shot at the second extra hole in a playoff against Kevin Kisner.

Streb, 33, becomes the first two-time winner of the RSM Classic following his first win in 2014 when the event was known as the McGladrey Classic.

WHAT A SHOT. @therealstrebber nailed his approach on the second playoff hole to win @TheRSMClassic. pic.twitter.com/sAmFE6otjR

Streb birdied the 17th hole in regulation play to force a playoff with his compatriot Kisner after the pair reached 19-under par for 72 holes.

Kisner looked to hold the advantage at the first extra hole (par-4 18th) but could not convert his 12 foot birdie attempt, and Streb then buried his eight-foot putt for par to force a second extra hole.

Streb and Kisner both found the rough with their tee shots at the second extra hole, once again up the 18th, but it was Streb that stepped up first and nearly holed it for an eagle as his ball ended up one foot behind the hole.

Kisner went over the back of the green with his second shot, and then went long with his third shot as he knew he needed to hole it.

To Kisner's credit, he holed the 25-footer for par, but it was to little avail as Streb tapped in the simplest of birdie putts to see out his second career PGA Tour title, once again at Sea Island Golf Club.

Streb held a three-stroke lead heading into the final round and posted a round of 68, while Kisner fired a flawless round of 63 as the pair finished on 19-under par.

Cameron Tringale posted a brilliant 62 to finish one stroke back on 18-under par, with Bernd Wiesberger and Andrew Landry back on 17-under par.

Zach Johnson found himself in contention for a first PGA Tour title since the 2015 Open, but was left to rue a disastrous triple-bogey eight at the par-5 7th as he finished tied sixth on 16-under par.