Brooks Koepka: "I would have won Houston Open had I not changed my driver!" 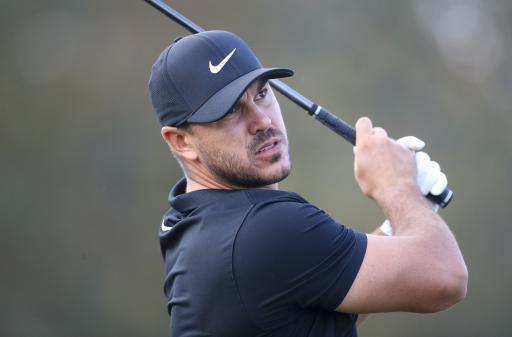 Brooks Koepka may have recorded his best finish on the PGA Tour since early August with a tie for fifth at the Houston Open on Sunday, but he was left with a case of what might have been as a result of a driver switch at the start of the week.

After putting a new driver in play on Thursday and Friday, the big-hitting American found only a handful of fairways en route to rounds of 72 and 70 to slump to 2-over par and just inside the cut line.

However, Koepka then switched back to his TaylorMade M5 driver for the weekend and finished superbly with more fairways hit and consecutive rounds of 65 to finish the week tied fifth on 8-under par.

While Koepka is feeling good heading into the year's final major at The Masters this week, he was left frustrated by his decision to switch up the driver at Memorial Park Golf Course.

Birdie Brooks is on the move.

"The first two days that driver was terrible, just flat out. I don't know why we switched," said Koepka, who finished five strokes behind eventual winner Carlos Ortiz.

"It's a shame. I know I would have won it if I just would have stuck with it."

It is believed that Koepka used a TaylorMade SIM driver for the opening two days play in Houston, before reverting back to his trusty TaylorMade M5 driver on the weekend.

We put both of these drivers to the test recently: