Cobra LTDx 3 Wood vs Cobra LTDx MAX 3 Wood - Which Should You have in the bag?

Alex from GolfMagic tested the new Cobra LTDx and LTDx Max fairway woods and compared them to previous models. 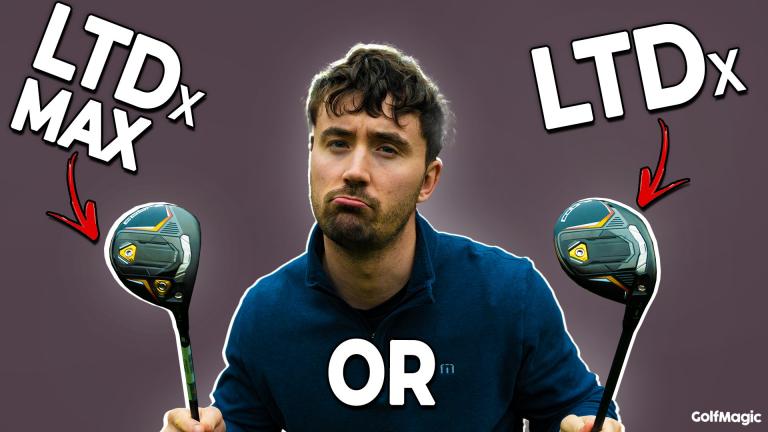 The new Cobra LTDx fairway wood family comes in three different editions: the LTDx, the LTDx Max and the LTDx LS, which stands for low spin.

The key features of this latest release are PWR-COR technology and H.O.T Face technology, which stands for Highly Optimised Topology.

The clubheads feature internal and external weighting both inside and outside. This is constructed to optimise the centre of gravity and increase ball speeds.

There is tungsten and steel weighting inside the clubhead and this also optimises the forgiveness and stability of the fairway woods.

Alex begins the review with the three-wood, which is slightly different to the seven-wood and five-wood that come with hollow split rails.

The club produced good numbers with high launch and high spin. Alex was hitting the ball around 280 yards which is incredibly impressive and signifies that improvements have been made.

However, Alex did find that the three-wood was not as forgiving as the previous model which was the Cobra Radspeed.

The LTDx heads are fairly small and compact which could make them less forgiving. Having said that, the wood does deliver good ball speeds and clubhead speed.

Alex found that the dispersion wasn't as consistent as other models. As for the LTDx Max, this club has a slight draw bias.

Much like the LTDx, this club also delivered impressive ball speeds and clubhead speed. This shows that they're excellent clubs that are well worth testing yourself.

However, Alex advises that this latest model doesn't provide a lot of improvement on the Radpseed fairway woods.