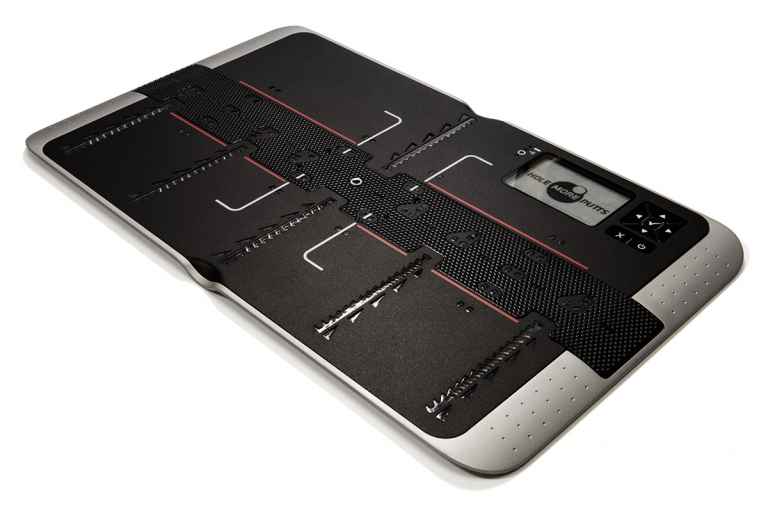 It’s like having a putting coach inspect your every strike

simple to use, small and light, provides tips to fix putting
has to be used on flat surface. not compatible with Android
Our score:
Overall:
5
PRICE: £449.00 YEAR: from 2017
Click to subscribe
Never miss a video from

Do you know why you miss putts? Are you 100% sure why your attempts start left of target? “I moved my head” doesn’t cut it anymore. Not since Hole More Putts jumped on the scene.

It offers instant feedback, and a score out of 100 after five putts. By syncing it up with your phone or PC, users can then view their data with more depth, and are also provided with videos offering tips.

The @HMPutts device has landed in the office - can't wait to take it out for some testing! pic.twitter.com/1HV4gbypUV

Impressively thin and lightweight, but reassuringly sturdy as to suggest it has some durability.

The tablet needs to be put on a flat putting surface, allowing golfers to shoot at a hole or a cup - whatever you fancy. It works just as well on the green at your local course, on in the floor while watching the Tour on TV.

Using Hole More Putts is simple - put a ball on the spot and address it, the light will turn green and away you go. Instantly you will be able to see the scores regarding the five key areas, and after five putts the percentage, or “putting index”.

This score is a clever touch, as the competitive instinct in all of us kicks in. Expect a lengthy queue of disgruntled golfers wanting to improve on their best score when you bring this out at the club.

Every once in awhile the device will not register that you are about to putt, and it will let you know with a message on the display - simply readdress the ball to get the green light.

The display clearly shows the data, although you may need to lean in to get a better picture of what's going on, especially on sunny days.

The genius lies in syncing up the device, allowing golfers to see every putt. It’s a shame it’s only available on iOS (I’m an android user…).

The data is displayed in easily digestible nuggets, explaining where you are going wrong.

Serious about improving your putting? You need to take a look at @HMPutts. Revolutionary. pic.twitter.com/nyrrrlxUTc

Videos show you how to improve, and suggest drills to use in the next session. It’s like having a putting coach inspect your every strike, and then delivering a verdict.

Higher handicappers will clearly see where they are going wrong, and will see vast improvements in their scores in a small time. Better putters will only see incremental improvements, but will still be able to fine tune their stroke.

In an ideal world the tablet would work on any gradient, allowing users to throw it down on the green and putt to any hole.

Simple to use, effective and easily transportable - Hole More Putts is an excellent addition for any golfer that is serious about tuning up their work on the greens.

Using the tablet is incredibly simple and the instant feedback is a big plus. The “putting index” will keep you hooked, adding a competitive element.

The real genius is in the dashboard, which shows users exactly what they are doing wrong (and right), while also offering tips and drills to fix the issues.