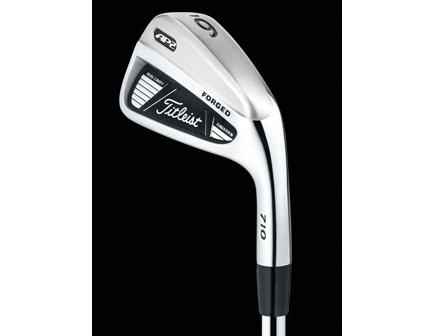 'These irons really do make a difference for those looking for higher launch!

This upgraded version of the original Titleist AP2 iron has a multi-compound head construction. The looks are similar to the Titleist CB, except for a tungsten nickel sole and co-moulded elastomer/aluminium cavity plate.

In the past manufacturers, have struggled to make clubs with heavier tungsten nickel in the clubhead - apart from using moveable weights - but Titleist have managed it with multi-materials and the results are dramatic. I could feel the weight at the bottom of the head sending the ball into a much higher trajectory than other heads. These irons really do make a difference for those looking for higher launch! I'm convinced everyone looking for a higher ball flight will see it and feel it immediately.

*Former European Tour player Andy Raitt won the 2009 PGA Southern Region Order of Merit, was third in the Srixon PGA Play-Offs at Little Aston and will represent his Region in the 2010 BMW PGA Championship at Wentworth.