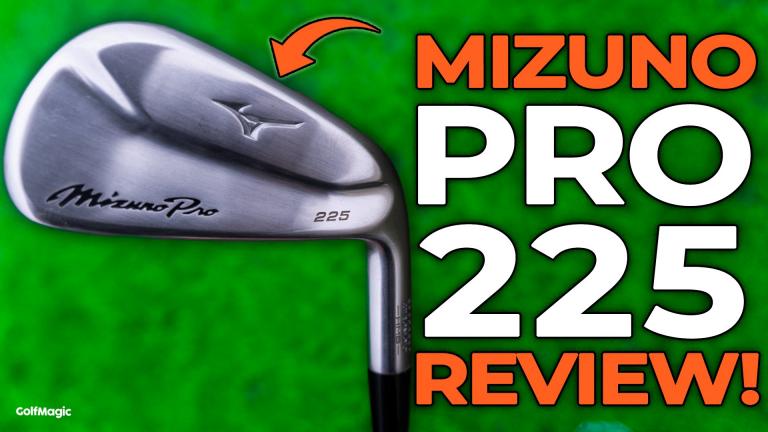 The Mizuno Pro 225 irons (£200 per club) are the third and final instalment of Mizuno's latest release and they were arguably the most anticipated set of the bunch.

The Pro 225's are the latest iteration of the Mizuno MP-20 HMB irons and they have addressed the criticism that these previous clubs were too chunky.

The clubheads now feature pro-scripting and stylish font. From every angle, the Mizuno 225 Pro irons are bladed and very compact.

The club heads are smaller than the Mizuno MP-20 HMB irons and they also feature the copper underlay with tungsten weighting for extra feel.

Related Articles
Mizuno M.Craft OMOI putters: What you need to know
Mizuno Pro 223 vs TaylorMade P770 | How Do Both Irons Compare?
Click to subscribe
Never miss a video from

In the mid to long irons, there is an added 28.5g tungsten weight which is optimally placed to improve the launch of this part of the set.

You could say that the Mizuno Pro 225 irons are similar to the TaylorMade P790's in terms of their strong lofts. The Pro 225 7-iron is 30 degrees.

They are certainly distance-inspiring irons and the feel and look is similar to the Mizuno Pro 223 irons too. They provide a sweet connection off the clubface.

The spin that Alex produced with the clubs was very low, this was due to the strong lofts. But as you can see, the dispersion was impressive.

The Mizuno Pro 225 pitching wedge is a very attractive club as the aesthetics have been significantly improved. The data also showed consistent results with the pitching wedge, making the whole set an impressive prospect.

The entire Pro series is exciting and Mizuno have arguably produced some of the best irons we have seen in 2021.

With the different materials used amongst each set and the feel of each club, Mizuno encourage you to mix and match your irons to get the best out of this superb family of clubs.