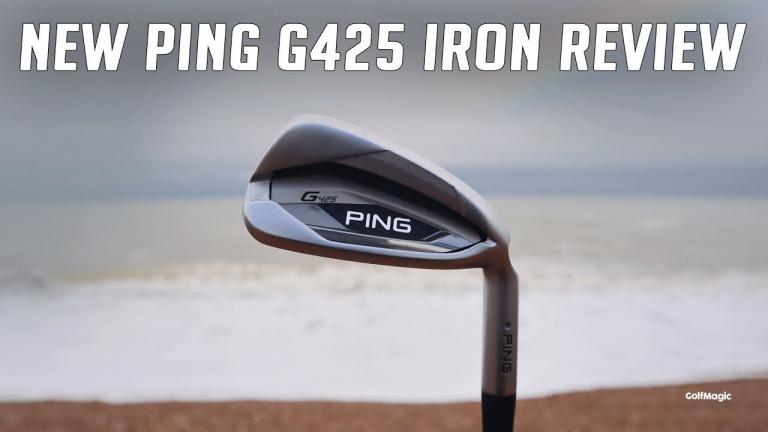 Game-improvement irons are one of the most popular style of iron amongst amateur golfers, due to the fact they're easy to hit and provide plenty of distance to help beginners or seniors hit the ball further. Typically, game-improvement irons have a very similar look about them, but when the new PING G425 irons arrived at the GolfMagic HQ, we were instantly wowed by their design.

The G425 range was announced earlier this week, featuring drivers, irons, hybrids and crossovers. We put the driver to test immediately and said it was the best driver PING has ever released, so how will the irons perform?

RELATED: Everything you need to know about the full PING G425 range

In the video below, GolfMagic's equipment guru Alex Lodge takes the G425 irons to Grays Golf in Lewes as well as other venues around the South East of England to see if these game improvement irons are as good as the likes of TaylorMade, Callaway and Titleist.

WATCH OUR REVIEW OF THE PING G425 IRONS BELOW:

As we mentioned earlier, game-improvement irons are typically designed for mid-to-high handicap golfers and there is a certain look to them that makes them instantly recognisable as an iron in that category.

Colour can make all the difference and the new black and silver colourway of the G425 iron - that runs throughout the whole range - certainly doesn't scream game-improvement and gives it a sleeker, more classy feel before you've even hit a ball with them.

The club head is also more compact than PING's previous range, giving it a smaller profile at address, to again stray away from the classic game-improvement look. We're not saying they look like a forged iron or blade at address, but it's most definitely cleaner to look at and more pleasing to the eye.

In terms of performance, our tester Alex is by no means a player that suits the game-improvement category, but he was extremely impressed with the new PING G425 irons.

The dispersion rate was extremely surprising, with Alex finding PING's latest irons both consistent and accurate.

Distance-wise, the G425 irons perform as you'd expect a game-improvement iron to perform. With a 6-iron, Alex was averaging 204 yards, with a club head speed of 95mph and a ball speed of 135mph.

There are game-improvement irons out there that produce longer distance, but they're just stronger lofted than the G425 irons.

We noticed that the G425 irons flew a lot higher than a lot of other irons in this category, which is a huge benefit when it comes to green control, as the typically lower launch that game-improvement irons offer can make it difficult to get much stopping power.

Overall, the PING G425 irons are definitely one of the most versatile irons we've seen from the game-improvement category in a long time and will suit a vast range of handicaps.

We can see them being especially beneficial for players who are looking for something a little more advanced than your standard game-improvement iron, but don't quite feel ready to move into the forged category.