GolfMagic tests and reviews the TaylorMade P7MB irons, one of the latest additions to the highly successful P-Series. 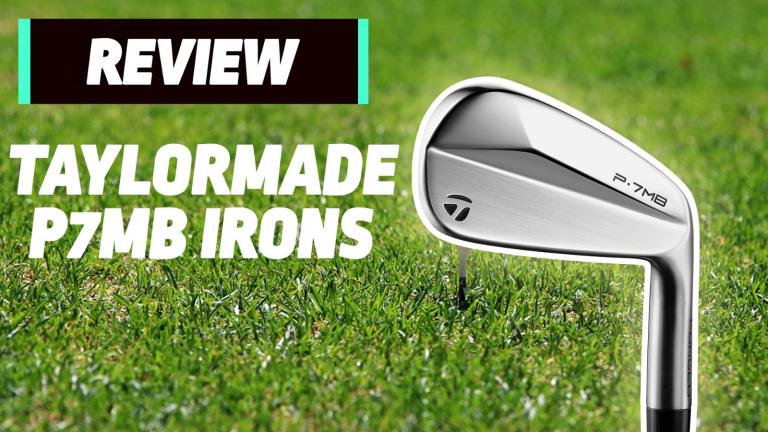 Best-looking iron ever, workable, responsive, timeless design,
Not suitable for a vast range of handicaps
Our score:
Overall:
4.5
PRICE: £1299.00 YEAR: from 2020

TaylorMade recently revealed three new additions to the highly successful P-Series range, set to hit retail September 4th, including the stunning P7MB, designed with insights from the best ball strikers on the planet.

When GolfMagic received samples of the new irons from TaylorMade, removing the P7MB iron from the box felt like we had just removed the sword from the stone.

The P7MB from TaylorMade might just be the best looking iron we have ever laid eyes on and striking one out of the middle feels absolutely incredible.

If you're a strong iron player and place a premium on shot-shaping and timeless craftsmanship, then look no further than the new TaylorMade P7MB. Watch the video below and check out our in-depth review:

ABOUT THE TAYLORMADE P7MB IRONS

TaylorMade Golf Company continues its trend of going beyond the traditional to develop products that exceed expectation at every level of the game. With the new Compact Grain Forging™ process, the company relies on a 2,000-ton forging press to ensure that each P•7MC and P•7MB iron is formed with masterful precision and a tighter grain structure designed to provide the most solid, consistent feel possible.

The process uses up to 2-3 times the forging pressure commonly found in the golf industry. This additional force refines the microstructure, decreasing the grain size to improve the overall properties of the metal.

The high pressure forging also produces a head that is near final in shape, requiring minimal hand polishing for a repeatable, precise geometry.

Related Articles
McIlroy reveals equipment switch that changed his fortunes: "I was struggling!"
Which clubs helped Tommy Fleetwood to ANOTHER win at Nedbank Golf Challenge?

Looks - 10/10: We were absolutely blown away by the incredible aesthetics of the new TaylorMade P7MB irons. From the back, the sleek and minimalistic finish gives the iron a very classic feel. If you want to look down at an iron and be filled with confidence then this iron isn't for you as it doesn't scream forgiveness in the slightest. This butter-knife blade will light up the eyes of the stronger iron players, but may have those seeking forgiveness feeling a little frightened. The TaylorMade P7MB is truly a work of art. It's sleek, elegant and the brand has once again outdone themselves in terms of aesthetics.

Performance - 8/10: As mentioned before, this isn't an iron that you buy if you're someone seeking forgiveness and that's made obvious by its design, but what you can feel at the very first hit is that the TaylorMade P7MB iron is a phenomenal players iron with extremely responsive feedback on mishits. When you do strike these irons out the middle, they feel pure and buttery and we know exactly why Rory McIlroy has put these in the bag already. Although club testers Jack and Alex are solid golfers, had the pair been even lower handicap players, this rating would definitely have been higher.

Overall - 8.5/10: The TaylorMade P7MB irons are hands down one of the best looking irons ever and in our opinion the best TaylorMade iron in the brand's history. In the hands of seriously good golfers, these irons will provide the perfect option of a workable iron with excellent feedback and workability. The P7MB won't reach a vast range of handicaps like some of the other irons in the P-Series range, but that's the beauty of having so many options to choose from.

For more details about the P7MB irons, make sure you watch our review attached to this article.