GolfMagic tests and reviews the latest game improvement irons from PING, the G410's. 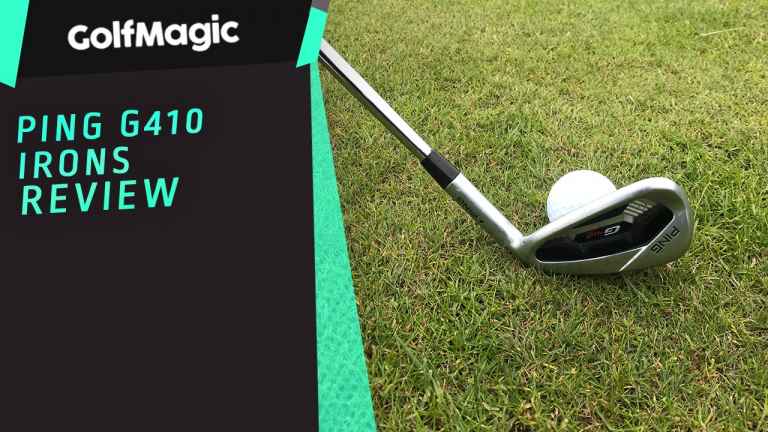 Last year, the PING G400 irons proved to be one of the best game improvement irons that GolfMagic has ever tested, so we were expecting big things from the new G410 irons when they were released earlier this year.

In the PING G410 irons, you've got everything you want in a game improvement iron but with a smaller head. The flex zone has been increased to deliver greater distance and more height.

PING has placed weight savers in the toe and hosel of the G410 irons to increase MOI by 8% to offer you even more forgiveness. Check out our review below.

The G410 head is quite small for a game improvement iron which a lot of players will prefer to look down at when addressing the ball. Compared to the G400 irons, there has definitely been an improvement in design and aesthetic appeal. The G410's look a lot more modern and the touch of red makes them stand out that bit more.

The sound and feel of the G410's really surprised me. Game improvement irons are renowned for not having the best sound and feel due to the fact that the main purpose of that sort of iron is distance. Whereas the G410 felt very pure out the middle and you wouldn't be surprised if you found out they were forged irons with the sound they were producing.

Everything you want in a game improvement iron and more. These irons offer serious distance, with a 7 iron carry of 176 yards and sometimes even longer than that. But what I loved about these irons was the high launch they produced with the distance, as that gives you a lot more control when flying the ball into the green.

If you're someone who is struggling to gain decent distance and height with your irons then look no further than the PING G410's. Easily the best game improvement iron we've tested this year and PING has once again produced an extremely forgiving iron that you won't be disappointed with. (RRP £126 per iron)