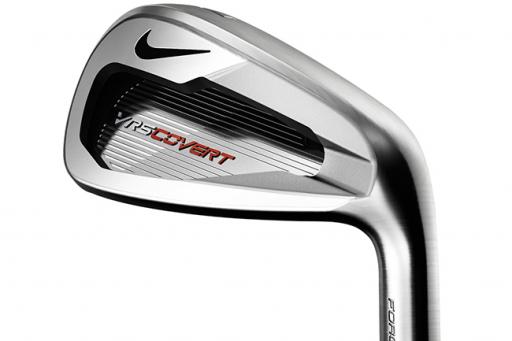 X3X technology features grooves that are closer together and deeper on the face to help maximise spin and maintain ball flight.

Massive offset and pretty chunky looking for a player iron, so these won't appeal to every better player out there. Thick topline and long face also won't appeal much. Nice looking cavity back and looks decent in the bag, though.

Balls zip off the face nicely but it feels a little hard for a forging. We also don't like the standard Tour Wrap grip, it's more of a personal thing but it's the first thing we'd change.

Looks and feel do little to whet the appetite but performance has us drooling. This is an all-out distance iron, which on the whole, proves very forgiving. You can't miss the sweetspot, and that was Nike's goal by moving the sweetspot to an area where most players strike the ball. Difficult to work but that's to be expected from the long face and thick topline.

Looks-wise these are not for me as they're a little too chunky, and it's not the greatest feeling iron out there either, but don’t let that stop you trying these out if you're craving a bit of added distance from your irons.

Click here for Nike VRS Covert 2.0 Forged iron owner reviews. Click this link to see how the VRS Covert Forged 2.0 performed in our 10 of the Best Player Irons Test 2014.