Wilson Staff says it's the softest urethane ball on the market, but do we agree? 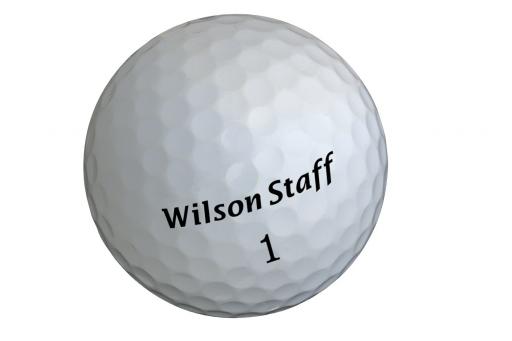 GOLFMAGIC was afforded the opportunity of teeing up with the brand new Wilson Staff FG Tour ball in Turkey earlier this month.

The new 4-piece FG Tour ball is designed for low handicap players who crave a soft-feeling golf ball that still offers that Tour quality feel. I re-phrase. Wilson Staff says this new ball is the "softest urethane ball" available on the market today.

Some statement, but for £35 per dozen and some £10 cheaper than many better player golf balls, Wilson instantly had my attention - especially as I was already a fan of the previous FG Tour X ball of 2013.

The first thing that immediately stands out with this new 70-compression FG Tour model (most competitive urethane balls range between 89 and 107) is its new 318 dimple pattern. It felt a little softer and tackier than many other branded golf balls I've held in the palm of my hand this year.

There's a neat branded logo that stands out at the front and again at the side, a little like the new Srixon AD333 Tour ball. I love a good logo, especially when lining up with confidence on the tee and over a putt. There's also a lovely paint combination on offer that just looks like it's going to stand the test of time.

When it comes to feel with the wedges, this ball ticks all the right boxes. Wedge spin with a 52-degree wedge was hitting around the 9,200 RPM mark which is a 500 RPM improvement on the FG Tour X ball (8800 RPM) I tested last year. Out on the course, balls felt like they were nipping off the clubface with an ideal compressed feel. Feel players will very much appreciate the cushioned feedback of the soft, cast urethane cover. I would go as far as to say this ball has the feel of a Titleist Pro V1x - without doubt the standout urethane golf ball in the game today - when it comes to the scoring clubs.

Driver spin was very much similar to the FG Tour X ball I tested last year - a 90 compression golf ball - with drives running out to around my average of 265 yards with a driver spin reaching around the 2,750 RPM mark, again about average for me.

This ball felt easy enough to work off the tee and easy to control out the greenside rough. I wouldn't say I had my ball under complete control on every occasion out the bunkers but that's more than likely because I'm not the best trap player. Several shots, when the wind got up and into my face, travelled on a very stable, penetrating flight trajectory.

Putting from long range was probably the only slight negative as I felt the ball tended to stop short of where it should have due to the tackiness of the ball. When I made a less than pure stroke with the putter, the ball skidded off the face a little.

Durability-wise, I used one ball and still had one ball in play at the end of the round with very few scuff marks when it placing it back in the ball pocket. I even played one shot off a cart path, testament to the quality of this ball.

FG Tour is a low spinning ball that runs for miles off the tee with very strong wedge spin. It offers the best of both worlds and for £35 per dozen, it represents what I consider the best value premium golf ball on the market in 2014.

I've always been a fan of Wilson Staff balls and the new FG Tour model only strengthens that notion.

The softest ball on the market? Well it's a difficult one to call but I'd say Wilson Staff isn't too far wrong. It's certainly one of the softer new urethane balls I've tested this year.

For £35 per dozen and some £10 cheaper than many other better player golf balls, Wilson Staff instantly drew our attention with a ball they claim is the "softest urethane ball" out there today.

The first thing that immediately stands out with this new 70-compression FG Tour model (most competitive urethane balls range between 89 and 107) is its new 318 dimple pattern. Out the box, it felt a little softer and tackier than some of the other balls we tested.

When it comes to feel with the wedges, this ball does a great job. Wedge spin with a 55-degree wedge was hitting around the 9,200 RPM mark, which is a dramatic improvement on Wilson's former FG Tour X ball (a 90 compression ball) that we tested two years ago.

Out on the course, balls were nipping nicely off the face with a soft cushioned feel from inside of 100 yards, and grabbing well from the greenside rough and bunkers.

While not the longest ball off the tee, driver spin was pleasingly low enough for us and balls were bounding down the fairway more often than not.

We also found this ball was able to hold its line well when the wind picked up.

Putting from long range was really the only negative as we felt the ball tended to stop short of where it should have due to the tackiness of the ball.

Durability-wise, this is one of the best out there.

A low-spinning ball with strong wedge spin. It also stands the test of time.

It offers the best of both worlds and for £35 per dozen, it represents what we consider the best value premium golf ball on the market in 2014.

The softest ball on the market? That is a difficult one to call, but we would say Wilson Staff is not too far wrong.