Confusion remains over staging of the 2020 Ryder Cup

The Guardian reports the 2020 Ryder Cup will be postponed next week, while a Ryder Cup spokesman claims the biennial event remains on course for September... 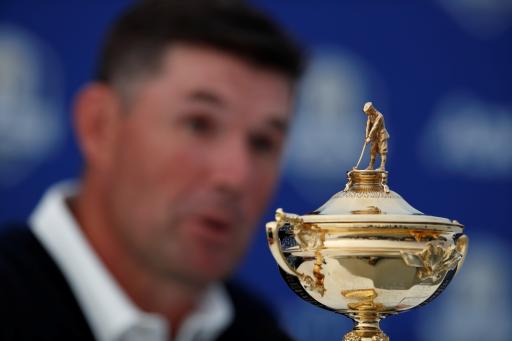 Conflicting reports are emerging across both sides of the pond today as The Guardian reports the 2020 Ryder Cup will be postponed, while a Ryder Cup spokesman admits the biennial event remains scheduled for this September at Whistling Straits.

The Guardian yesterday reported the 2020 Ryder Cup will be pushed back to 2021 due to the coronavirus pandemic, and that an announcement will be made to confirm that next week.

However, a 2020 Ryder Cup spokesman has confirmed on Milwaukee radio WTMJ that the clash between United States and Europe still remains on course.

"The PGA of America continues to closely follow the guidance of federal, state, and local public health authorities. The safety and well-being of all is our highest priority."

The PGA of America has been approached for comment but has yet to reply as to whether the 2020 Ryder Cup will take place.

A number of leading players on both US and European sides, including Rory McIlroy and Brooks Koepka, have recently made their feelings be known that a Ryder Cup should not take place without the fans.

US captain Steve Stricker and European captain Padraig Harrington have also agreed that a Ryder Cup should take place with fans.

Stricker recently confirmed that the 2020 US Ryder Cup team would be made up of six automatic selections and then six captain's picks.

"With all the various changes to the 2020 schedule, it quickly became apparent that we would need to amend our selection criteria," said Stricker.

"We agreed that a smaller sampling of 2020 events - including just one major (US PGA Championship) - would justify a one-week extension of the qualification window and an increase in the number of captain's selections from four to six."

As it stands, Harrington will add four captain's picks to his automatic eight players.

The PGA of America did confirm yesterday that the 2020 US PGA Championship will take place without fans at TPC Harding Park from August 6 to 9.

Do you think the 2020 Ryder Cup will take place this September? Share your thoughts and comments on our social media channels.