Stricker believes it would be a "crime" to stage the Ryder Cup without fans... 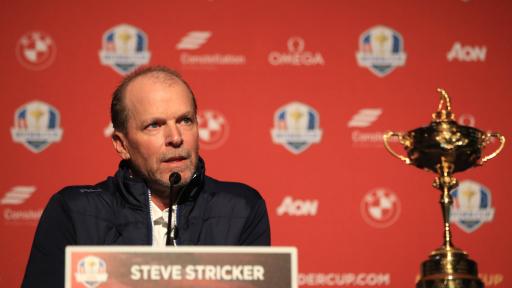 United States Ryder Cup captain Steve Stricker believes this year's biennial event will be a "yawner" if it is staged at Whistling Straits without the fans.

The 2020 Ryder Cup is currently scheduled to go ahead behind closed doors in Stricker's home state of Wisconsin from September 25 to 27.

"This event is made by the fans. If it was without fans, it almost would be a yawner of an event," said Stricker.

"To cheat out the Wisconsin fans would be a crime. I hope when we do have it, it can be up to its full potential.

Rory McIlroy and a host of other players have echoed similar sentiments to Stricker in recent weeks, and it has been confirmed that the PGA of America and the European Tour will decide later this month as to whether or not the match will take place.

"The confidence of the people and the corporate people. It's going to come down to probably the safety. And who knows, right?"

European Tour chief executive Keith Pelley said: "We will have the conversations now and we will have a direction by the end of the month."