Wallace in buoyant mood heading into this week's Golf In Dubai Championship... 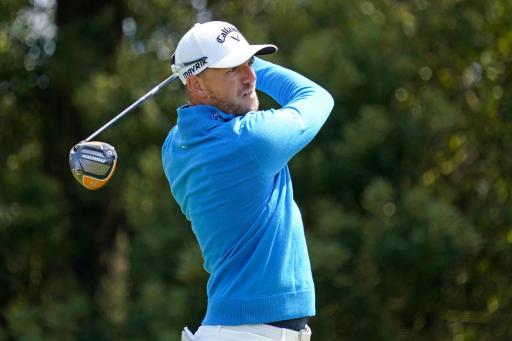 Matt Wallace has revealed he could not have been happier to see the Ryder Cup moved back a year to September 2021 as he believes he would not have made Padraig Harrington's European team based on his performances earlier this season.

Wallace, 30, had struggled to find the form that saw him win four times on the European Tour from May 2017 to September 2018, and he believes he would not have deserved to even receive a wildcard pick in the side.

Since news emerged that the Ryder Cup between Europe and the United States was being postponed for a year, Wallace's game has slowly improved, highlighted by a tie for fourth at the Memorial Tournament on the PGA Tour in July and a solo second at the Scottish Championship on the European Tour in October.

"The delay has been perfect for me, I've made it clear that I probably wouldn't have made the Ryder Cup this year," said Wallace.

"I wasn't playing well enough so I wouldn't have deserved to be in, but now I'm playing better golf and I'm lucky with what's happened in that way and come the start of next year I want to be pushing for that.

"Obviously good golf will take care of that so that's what I have to do, definitely staking a claim that I want to be there at Whistling Straits."

The Englishman was, in the eyes of many golf fans, wrongly denied a wildcard pick in Thomas Bjorn's 2018 European Ryder Cup side following his rush of four wins in the space of 18 months.

Wallace is now feeling much happier about the state of his game and appears in buoyant mood to land a fifth European Tour title at the Golf In Dubai Championship this week.

"I'm feeling really good, and I'm excited for the next couple of weeks," said Wallace.

"I've been playing nicely, had a couple of events over in the States and then had last week off, didn't touch a club. And it was nice to come back to know I can still hit a golf shot. I've got my coaches out here this week as well, so that's nice.

"My game's right there. Golf is hard, especially over in America where the standard is so high. Everyone is playing so well. I led after the first round at RSM Classic, played really nicely and I was putting great.

"I had done a lot of work on the putting the week before so it was good to see that come good. It fizzled out a little but I didn't hole as many putts at the weekend and finished 37th, so the standard over in America is really high.

"My game is there and I'm just being consistent, doing the same thing over and over and hopefully I can produce another result like Scotland and give myself a chance.

"Now is where I believe I should be able to compete, I'm playing really well and my expectations are there for me to do the same things on the golf course as I'm doing in practice rounds. I'm showing that on the course, so I just need to do that again.

"My expectations are there to produce and where I'm at in the world, 51 having moved outside of the top 50 so I'm looking to move back inside."