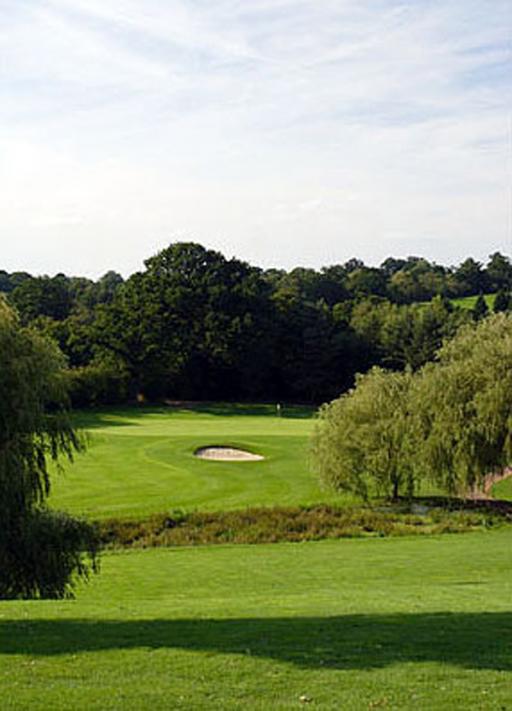 If I’m wearing one, I’ll always tip my hat to golfers lugging their clubs from platform to platform on the London Underground.

Not being a car owner any more, I know exactly what they’re going through; irking endless amounts of commuters while smiling smugly to yourself that they’re off to slug away at their desk while you hit the tee. What a feeling!

Being car-less makes courses like Trent Park Golf Club in North London a God-send being, as it is, just a two-minute walk from Oakwood tube station.

So I hopped on the Piccadilly Line and pushed through the suits and briefcases and before I could finish that morning’s Metro, I was standing on the first tee.

The first hole at Trent Park is as good as any you’ll find on a public course. A tight fairway offers no room for error with the driving range down the left and OB to the immediate right.

Catch it sweetly enough, and you’ll be set nicely for a glorious downhill shot into the green. Otherwise, you’ve got the relative relief that this is a par-5.

The second is a straight par-4 which feels a lot longer than the opening hole and is followed by a par-3 on top of the hill which, if the wind is up, can prove very tricky.

Four is a nice downhill dogleg left par-4, but well-placed fairway bunkers make it quite tricky.

Standing on the tee of the fifth, I said to playing partner James – who you may remember from my Dartmouth escapades – that all my iron shots seemed to pulled left of my intended target.

“So why don’t you aim a little right of the hole then?” he said. Smart arse.

The icy conditions meant it was akin to playing on concrete, so for a 179-yard downhill par-3, I took a 9-iron. I took James’s advice and swung.

The ball was all over the flag. It dropped several yards short of the pin and skipped off down the hill. Closer... closer… closer… This was it. This was my first ever hole in one!

Well, until it stopped.

Achingly close to my maiden ace, I sunk to my knees. I genuinely believed that was my moment.

The remainder of the front nine is equally as interesting, with strategic trees, ditches and bunkers making sure you think about every shot.

The inward half starts with a delightful par-4 with two large fairway trees providing a tunnel to aim for, while two large bunkers protect the front of the green. This is the place to test your accuracy!

Another downhill, picturesque par-3 is followed by four holes offering a really good chance to pick up the points, with large fairways allowing a certain amount of forgiveness.

Three delightful holes end your round. 16 requires a downhill drive before asking you to clear the trees back up the hill into the relatively small green.

17 is a 175-yard par-3, but leave it short and you’re almost certainly finding sand. Standing on the 18th tee gives you a lovely view of the holes you’ve just played as well as the approach to the first green and the second tee. The hole itself is just as nice to look at. The fairway is wide but you must find it with absolutely no room for manoeuvre on either side, and a ditch runs across the slight valley just to make it a tad more interesting.

Trent Park has taken a lot of stick for slow play. But what do you expect from a public course? You show up, pay your 20-odd quid and take your place in the queue. That’s just part of the municipal course experience.

Golf is a time for being social, so enjoy the extra time with a good old fashioned catch up with your playing partners.

If you want a friendly club with a well-stocked club-house, nice staff and a far-better-than-average track which is easily accessible from anywhere in London – this is the place for you.