Edinburgh boasts many of the oldest golf clubs in the world, and some of the finest too. Here is our list of the ten best golf courses to play in Edinburgh. 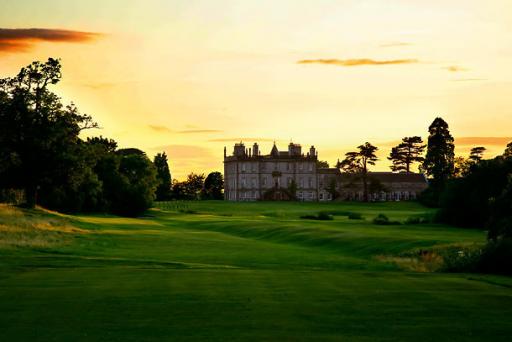 Just a few miles from the heart of Edinburgh, Murrayfield is ideally located for those living centrally. The course combines a mixture of parkland and heathland layouts and plays 5,781 yards off the white tees. The odd sound effect from the nearby Edinburgh Zoo can also provide a handy excuse for any wild shots.

The Royal Burgess is the oldest golfing society in the world, and one of ten 'Royal' clubs in Scotland. Willie Park Jnr, Harry Colt and Mackenzie Ross all had a hand to play in the course design at various points over the years. Royal Burgess is a stunning parkland course and, although not the longest - 6,126 yards off the white tees - its tree-lined fairways and protected greens ensure it is still a tough test.

Another parkland course in scenic surrounds, Arthur's Seat provides the backdrop for Duddingston, which is Gaelic for 'sunny side of the hill'. The course is 6,525 yards long and has mainly open fairways, but many bunkers protect the greens.

Officially the oldest golf course in the world, Musselburgh Links is worth playing for the accolade alone. Documentary evidence shows golf was played there on March 2 1672, although it is claimed Mary, Queen of Scots played there over 100 years previously. Today the nine-hole course is set within Musselburgh racecourse, and while not the most challenging around, not many courses can claim to have hosted the Open Championship six times...

Designed in 1938 by James Braid, Musselburgh is bordered by the meandering River Esk, while the Craigie burn cuts through the course, forcing golfers to decide whether to lay up or go big on many of the holes. The fairways are generally wide but tree-lined, and the course is 6,725 yards long. Musselburgh was used as one of the qualifying venues for the 2013 Open Championship at nearby Muirfield.

Royal Musselburgh Golf Club dates back to the 18th century, and used to be based at The Old Course, before moving a few miles east to its current location at Prestonpans. The course is only 6,237 yards long, but plenty of accuracy and precision is required in order to shoot a low score.

Founded in 1761, Bruntsfield claims to be the fourth oldest club in the world. Situated next to Royal Burgess, just west of Edinburgh city centre, the Bruntsfield Links course is actually a parkland layout, despite the name. Alister MacKenzie modified the course in the 1920s and Fred Hawtree carried out some more major alterations in 1971 making the course what it is today. However, at £65 for a round, the pleasure doesn't come cheaply.