Gloucestershire golf resort named as one of four golf resorts in The Sunday Times' top 100 hotels. 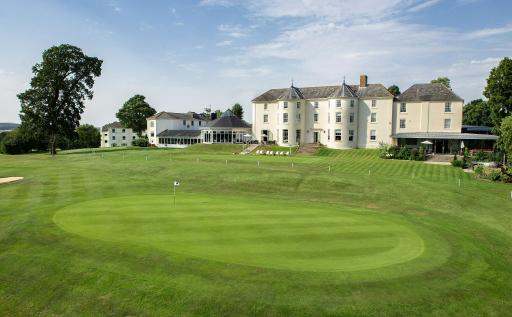 Tewkesbury Park in Gloucestershire is one of just four golf resorts to have achieved recognition by The Sunday Times in their new Top 100 British Hotels List, published this month.

The Cotswold golfing haven, which recently underwent a £10m facelift, is the only golf resort in the southern half of Great Britain to make the list.

Rockliffe Hall in the north east plus Schloss Roxburghe and Gleneagles in Scotland were also named by The Sunday Times as having hotels of extraordinary quality worthy of a Top 100 ranking.

With approximately 45,000 hotels in Great Britain, the authoritative The Sunday Times list is acknowledged as one of the hardest to get into in the hotel world, and one of the most prestigious.

Describing the process of picking their top 100 British hotels as “a mighty struggle”, The Sunday Times selected Tewkesbury Park for “the views, the unstuffy vibe and the seclusion.” The newspaper also highlighted the hotel’s “first rate” Mint restaurant and its inventive food, its indoor pool, its family-friendly lawns and its nine historic suites with freestanding baths and Hypnos beds.

Speaking after this year’s The Sunday Times announcement, Jones said: “We’re absolutely thrilled to have made it into The Sunday Times top 100 hotels list, and see this as a real stamp of approval. It reflects the high standards of service, hospitality and facilities which all of our guests can now enjoy when they visit us.”

In April 2014, the McIntosh family bought Tewkesbury Park with a clear vision in mind: to restore the then-rundown hotel, golf & leisure resort, on a hilltop surrounded by 165 acres of grounds on the historic site of the 1471 Battle of Tewkesbury, to become one of England’s premier country house hotels offering the last word in hospitality.

The Sunday Times Top 100 Hotels in Great Britain list does not include the majority of British golf’s most famous hotels, including many iconic Open Championship, Ryder Cup and European Tour venues. It is notable that Tewkesbury Park was chosen, by The Sunday Times, ahead of so many prestigious golf resorts known to millions worldwide.

It is short-listed again, in the 2020 Condé Nast Johansens awards.

With 93 stunning bedrooms, a PGA national tournament venue golf course, outstanding conference and meetings facilities plus luxurious dining and leisure options, Tewkesbury Park is the perfect host venue for your next golf trip away.