Bryson DeChambeau could make light work of Augusta at The Masters

In the latest episode of the GolfMagic chat show, we discuss Bryson DeChambeau's Rocket Mortgage Classic victory, the controversial cameraman incident and our top betting tips for the Workday Charity Open. 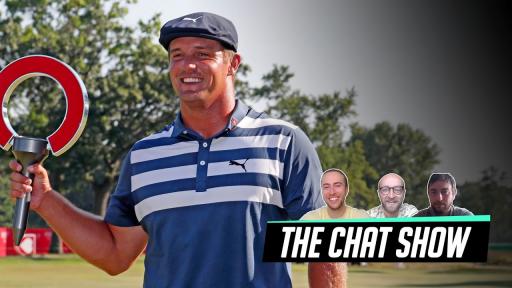 Bryson DeChambeau silenced the haters as he not only hit monster drives on his way to winning the Rocket Mortgage Classic, but putted to perfection, finishing 1st in Strokes Gained Putting, an aspect of his game that many have criticised in the past. With DeChambeau powering his way up the World Rankings, is he now the man to beat at The Masters in November?

Wolff went into Sunday's final round as the overnight leader but a poor start allowed the in-form DeChambeau to capitalise.

DECHAMBEAU THE MAN TO BEAT AT AUGUSTA?

DeChambeau made it clear that his new size and speed is a long-term investment that he believes can help him win majors and now he's making everyone else believe it too.

Bryson DeChambeau had 16 drives over 350 yards at the @RocketClassic.

The next closest player on the list had 7. pic.twitter.com/jmis9qmN31

Golf fans questioned whether he had the level of short game required to win big tournaments and he's starting to show that he can putt as well as anyone else out there.

If he works on his wedge game and keeps cracking at his putting, we could see DeChambeau make Augusta his playground at The Masters in November.

This week, the PGA Tour heads to Muirfield Village for the Workday Charity Open, so check out Andy and Jack's best bets below.