The Masters: 18 reasons why it's golf's best major

Augusta adoration is a yearly ritual - Paul Mahoney gives it his unique spin.

The Masters is a spring rite of passage and a dreamlike portal into a summer of golf.

History, tradition, drama and mystique have built up over the years making the sum greater than the not inconsiderable parts.

Here are 18 reasons The Masters is the best of all four majors... 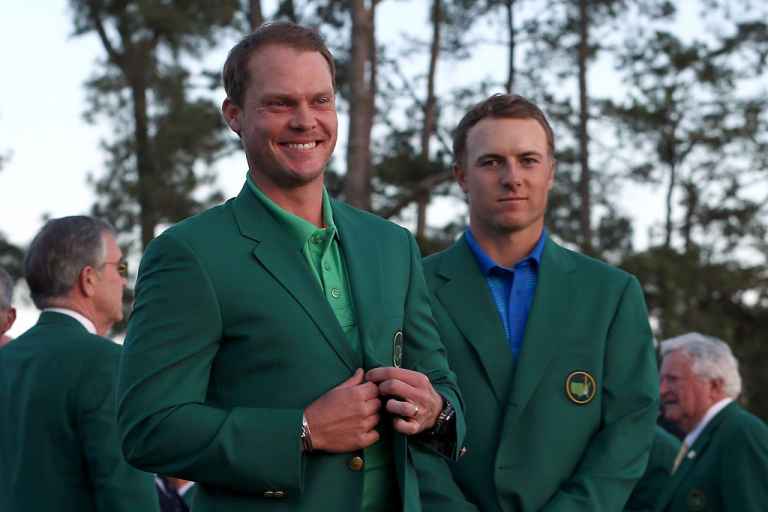 Yes, it’s a bit naff and old-school golf but because it’s not a trophy, the Green Jacket has become iconic. Augusta members first wore them in 1937 so that spectators could spot an expert if they had any queries. Sam Snead was the first champion to be awarded a Green Jacket in 1949. Pour yourself a Georgian mint julep cocktail if you knew the cloth for the jackets is cut and dyed in Yorkshire and made in London’s Savile Row. 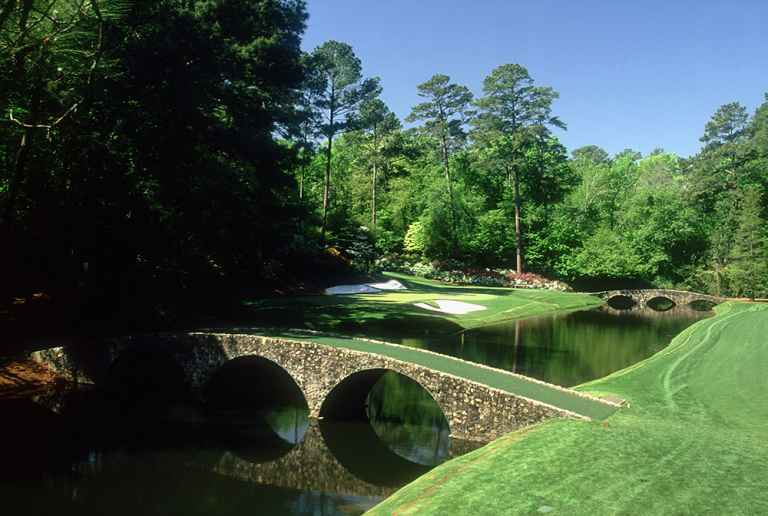 To be precise, it’s the approach to the 11th green, the whole of the par-three 12th over Rae’s Creek and the drive off the 13th tee around the dogleg of the par five. It was Christened by American golf reporter Herbert Warren Wind in 1958 when Arnold Palmer won his first major after disagreeing with an official at the 12th and playing a second ball and then being proved correct, signing for a three instead of a five. His prayers came true and it effectively won him the Masters. And who will ever forget what happened to Jordan Spieth at 12 in 2016. No doubt we will see yet more drama in 2018. 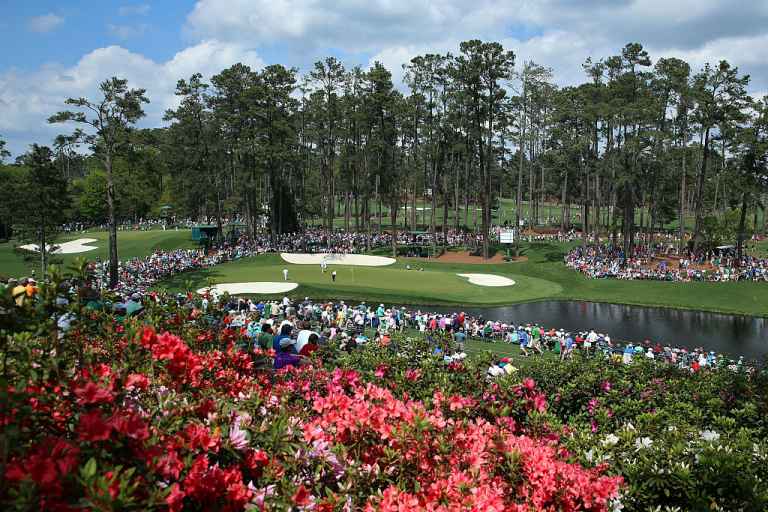 Spring is in the air

April showers in Blighty. A glimpse of Heaven on our television sets from Georgia. There is a kind of Walt Disney magic about watching the Masters from the sofa in the UK. Spring is arriving here but over there, spring already looks like summer as the first major of the year is played out on a perfect landscape of blooming flowers framed by an electric blue sky, giant swaying trees and the colour green greener than any green you’ve ever seen. 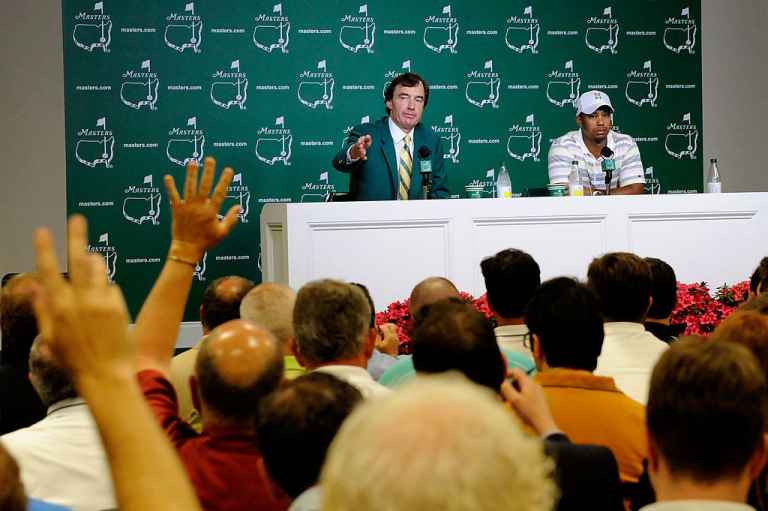 Normal rules don’t apply at Augusta National. It is the only tournament of the year where the only people allowed inside the ropes are the players, caddies, officials and some TV cameramen. So reporters, photographers, coaches, WAGs, and celebrities hold no sway at the Masters. Outside the ropes they must go to jostle for a view with the paying fans, sorry, patrons. There are no spectators; only patrons. Patrons like at the Royal Albert Hall, rather than at the King’s Head. Also beware: no telephones, no cameras, no running, no slouching against trees, no laughing or clapping. Not all of those are true. But the no running rule is. 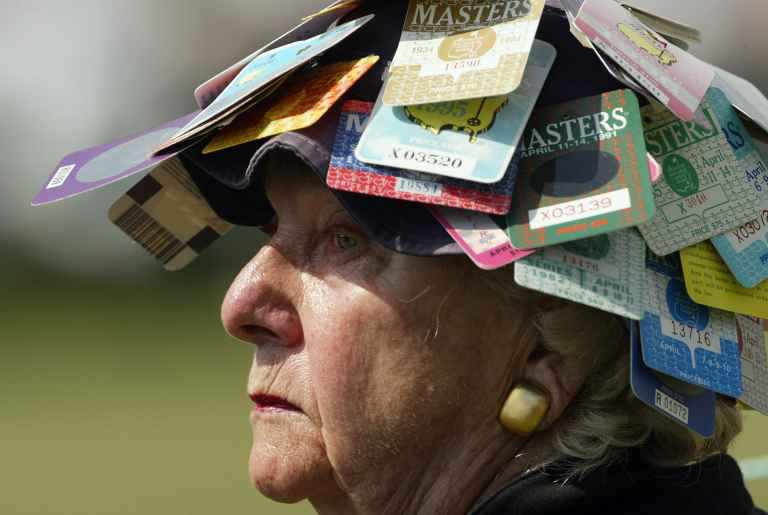 Ah yes, the fabled history of the Masters. Players and commentators are always waxing lyrical about the great history of the first major of the year. Wait a second, it’s only been held since 1934 and that’s only just past half past seven. The Open Championship has been going since 1860, just the 74 years before the Masters. But what the Masters does better than any other tournament is create myths and legends. You watch the Masters each year and it looks like it has been there forever. They have made us believe in the history. They are dream makers. And the dreams have become true. 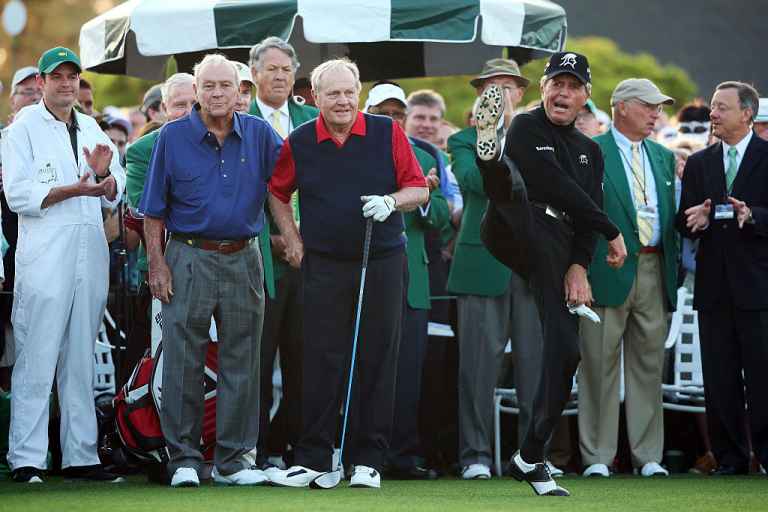 Jack Nicklaus and Gary Player will again get the show on the road this year, sadly without the great Arnold Palmer joining them following his death three years ago. Shortly after breakfast, or perhaps during or before, they will each whack a drive hopefully up the first fairway without killing anyone in the galleries then head back indoors for coffee and donuts. All they are playing for is bragging rights for the longest drive. But thousands will be there to bear witness. What a shame they don’t continue and play 18 holes.